Senators have called on the Federal Government to consider using money from the Contributory Pension Scheme for the rehabilitation and reconstruction of roads in the country.

Chairman, Senate Committee on Works, Sen. Adamu Aliero made the call when he led members of the committee on a courtesy visit to the Akwa-Ibom Governor, Emmanuel Udom on Saturday in Uyo.

The News Agency of Nigeria (NAN) reports that the roads inspected included the Calabar-Itu road, Construction of Ikot-Ekpene border-Aba-Owerri road among others.

According to Aliero, the Federal Government has decided to perhaps use the pension fund to reconstruct roads in the country as the annual budgetary allocation is insufficient to fund the over 522 roads.

He said that there was a proposal before the National Economic Council, that part of the fund which was almost N9 trillion, be used in funding infrastructure, particularly roads.

“The use of pension fund is currently under consideration by the three tiers of government and the Federal Government has said it will be floating bond using Nigeria Sovereign Investment Authority (NSIA) or converting the looted funds into the reconstruction and rehabilitation of roads,” he said

According to him, whenever the proposal is approved by the Federal Government, the National Assembly would give it accelerated approval.

“This is because we know that there is a deficit in infrastructural facilities in the country particularly road infrastructure,” Aliero said.

The chairman said that the committee was in Uyo to also assess the level of work done on the roads and to see whether the money appropriated for the job was justly utilised.

“In doing so we will know the way forward particularly because we have scarce resources and we have to prioritise on what should be done.

“Annual budgeting alone will not be enough to fund well over 522 roads we have in the federal government budget,” he explained

Aliero noted that Nigerian roads were in bad shape and needed to be improved upon to ease movement of goods and services.

“We have seen how bad the roads are; we will do what we have to do to salvage the situation,” he said.

The lawmaker however, expressed concern about a contractor in the state who was given N8 billion mobilisation fee, worked for about one month and disappeared for about ten months.

“With proper monitoring and supervision, this kind of thing wouldn’t have happened. We urge you to show more interest on what is going on in the state particularly federal government projects.”

Gov. Udom who was represented by the Secretary to the State Government, Mr Emmanuel Ekuwem said that the state government had intervened in the rehabilitation of some federal roads in the state.

“For instance, the Calabar-Itu highway, all things being equal, plying the road takes one hour if the road is in good shape. Time came last year when we were spending six to seven hours.”

The Governor said that getting refunds from the Federal Government was a herculean task adding however that, the state government was putting the right mechanism in place to get result.

“When we did that, we were looking forward to being encouraged by the Federal Government for refund,” he said. (NAN)

Related Topics:Senate Proposes Pension Fund For Road Construction
Up Next

Pension Fund Operators Association of Nigeria (PenOp) has charged its members to maintain high standards of ethics in the conduct of their business, especially as it is possible for holders of Retirement Savings Account (RSA) to transfer their RSA from one PFA to another.

The Governing Council of PenOp also hailed the National Pension Commission (PenCom) for eventually opening the RSA transfer window, saying it is a welcome development.

PenOp’s Media, Communications & Branding Officer, Ukemeobong Akanam, stated that the council believes this development will accelerate the journey towards greater self-regulation in Nigeria’s pension industry. The council also commended President Buhari for the constitution of the PenCom board.

The Governing Council meeting which was held virtually for the first time, had in attendance all the Trustees and Executives of the association. The meeting was directed by the Chairman of the council of PenOp – Professor Fabian Ajogwu.

The Governing Council of PenOp provides advice and guidance to the Executive Committee in the running of the affairs of the association.

PenOp is an independent, non-governmental, non-political and non-profit making body established to promote the operations of the pension industry, provide for self-regulation and ensure that international best practices relating to the industry are observed by the operators registered in Nigeria. 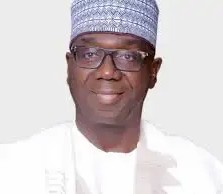 Kwara State Governor, Abdulrahman Abdulrazaq, has said he will initiate measure to repeal the law that awards pension to all former governors and their deputies that have served in the state.
Abdulrazaq disclosed this in a statement signed by his Chief Press Secretary, Rafiu Ajakaye, on Friday.
The governor said he would Initiate a bill to the State House of Assembly that passed the law that former governors and their deputies be paid pension to repeal the law.
The Kwara State House of Assembly in 2011 passed a bill to pay pensions to governors and their deputies who have completed their tenure in the state.
Among the past governors of the state are the late Mohammed Lawal, Bukola Saraki, and Abdulfatah Ahmed.
The statement read in part, “Kwara State Governor AbdulRahman AbdulRazaq will next week send a bill to the State House of Assembly requesting the lawmakers to immediately repeal the law awarding pension packages to former governors and former deputy governors.
“The Governor has listened to voices of the majority of the citizens opposing the pension law for former governours and deputy governors. In line with his campaign mantra and as a product of democracy himself, he will be sending a bill to the House of Assembly next week requesting them to repeal the law.
“As representatives of the people, the lawmakers would exercise their discretion to call a public hearing on the topic to further harvest wider opinions on the topic.
“However, the Governor feels it is time for the law as it is to give way. He would rather commit scarce public funds to tackle the question of poverty and youth unemployment.” 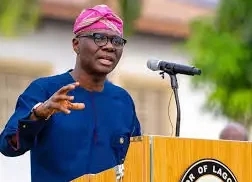 The All Progressives Congress (APC) has refuted allegations by the opposition party in the State concerning the move by Governor Babajide Sanwo-Olu to repeal the pension law of the State in respect of former governors and their deputies.

Seye Oladejo, spokesman of the party in Lagos State, stated that while the opposition would be encouraged as part of the development of democratic culture, deliberate falsehood and outright lies do not represent the quality of minds that the people deserve and shouldn’t be the kind of culture that Nigerian children should imbibe.

Refuting the claim by the opposition that the government had planned to borrow and was asked to repeal the pension law as a condition, Oladejo said, “The claim that Lagos State intends to borrow additional huge sums of money from the Capital Market again, but it must cancel the illegal payments to Governors and Deputies by revoking Ex Governors Pension Law in order for PENCOM to qualify its new borrowing for PFAs’ investments is completely false.”

Oladejo maintained that it was expedient to state that the circular issued by Nigeria Pension Commission in Jan 2020 to Lagos State was basically on queries relating to operational differences between the Pension Reform Act of 2004 and the Lagos State Pension Reform Law 2007 and had nothing to do with pensions to governor’s or their deputies.

He said that Lagosians appreciated the steps taken by the Governor to signal selflessness and personal sacrifice in governance and public service. He stressed that only someone who doesn’t wish Lagos well would disparage the move using falsehood.

While commending the exemplary courage of Sanwo-Olu, the spokesman said that the governor made it clear that it was a move to cut the cost of governance and had shown the sincere political will to re-order the priorities of the government in the face of current realities.

“Since its inception, the Sanwo-Olu administration has focused on cost-saving measures to make funds available for important projects. The deliberate refusal of the governor to acquire official vehicles and the low-priced brands allocated to high ranking state officials are moves in the right direction.” He said.