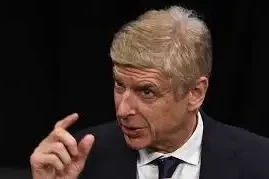 Arsene Wenger says the UEFA Nations League should be binned and claims holding the World Cup and Euros every other year would “be more appropriate for a modern world”.

Currently, the Euros and World Cup are held every four years and the Nations League was conceived to give international teams a greater number of competitive fixtures between those tournaments.
Wenger, FIFA’s Chief of Global Football Development, claims the average fan doesn’t care about or even understand the Nations League.
“We need to get rid of the Nations League and find clearer events that everyone understands,” he told Bild. “If you ask people in the street what the Nations League is, you won’t find many able to explain it.
“We need to have as few events as possible,” he added. “One World Cup and one European Championship every other year would probably be more appropriate for a modern world.”
Wenger says all qualifying matches should be played in a single month, making it easier to sell the rights to broadcasters and sponsors. He also revealed that FIFA had already discussed the idea of more frequent major tournaments, but rejected the thought for fear of them losing their glamour.
“I always tell people who say this that the image is not linked to the time you wait before playing again, but rather the quality of the competition,” he said. “After all, people also watch the Champions League every year.”
He added: “Personally, I think it would be a great step forward.”
Football 365

Related Topics:Wenger Calls For Scrapping Of UEFA Nations League
Up Next