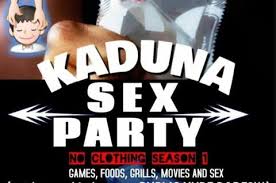 The Supreme Council for Shariah in Nigeria has commended the Kaduna State Government for demolishing the hotel where the maiden edition of Kaduna sex party was to take place, saying such illicit act will incur the wrath of God.

The council also hailed the government for arresting the organisers.

In a statement on Friday by the Council’s Kaduna State chapter Chairman, Engineer AbdurRahman Hassan, they said the current merciless bloodletting through banditry, kidnappings, armed robbery, and host of other vices, experienced in Nigeria are caused by immoral acts like the ‘Satanic’ sex party.

“Allah (SWT) stated categorically in Suratul Hajj verse 41, thus: “Those who, when We empower them in the land, observe prayer, and give regular charity, and command what is right, and forbid what is wrong. To Allah belongs the outcome of events,” they said.

“In line with this verse, the Council as an advocate of moral and social values commends the steps taken by the Kaduna State Government on the arrest of the organizers of the Satanic so called “Kaduna Sex Party” and the demolition of Asher Hotel at Barnawa, Kaduna.

“No doubt this kind of illicit act is one of the ingredients that is fueling the wrath of Allah (SWT) that we are inflicted with currently.

“The current merciless bloodletting through banditry, kidnappings, armed robbery, and host of other vices, are as a result of our derailment from ideal moral and cultural values.

“While we commend the Kaduna State Government for this commendable act, we also call on the government to scan for such places where illicit acts are perpetrated in the state, such as ‘Ajagunle’ area, off Maiduguri Road, in Kaduna North Local Government, where ‘Nude’ clubs do exist.

“May Allah strengthen our leaders to do right, may He protect our Imaan,” the Shariah Council said.

WASSCE Now To Hold From August 16 The West African Examinations Council, WAEC has announced the date for the conduct of 2021 West African Senior School Certificate Examination, WASSCE which is set to hold between August 16 to September 30.

This was contained in a statement by the Ag. Head, Public Affairs, WAEC, Nigeria, Demianus G. Ojijeogu, on behalf of the council.
According to Ojijeogu, the Head of Nigeria National Office, WAEC, Mr. Patrick Areghan, was misquoted when he said that WASSCE was postponed during a press briefing on Tuesday to announce the results of 2021- first series WASSCE for private candidates.
Part of the statement read: “The attention of the West African Examinations Council (WAEC), Nigeria has been drawn to publications in some national dailies and online media, to the effect that WAEC has postponed the May/June 2021 West African Senior School Certificate Examination (WASSCE). This information was allegedly given by the Head of the Nigeria National Office of WAEC, Mr. Patrick Areghan, at a Press Briefing to announce the release of results of WASSCE for Private Candidates, 2021 – First Series on Tuesday, April 6, 2021.
“We wish to categorically state that the Head of National Office was quoted out of context.
“The Head of National Office had in his address during the Press Briefing stated as follows:
“Let me also use this opportunity to dispel rumours being peddled about by some people regarding the conduct of WASSCE for School Candidates, 2021. The effects of the COVID-19 pandemic are still very much felt in the education sector. The academic calendar has been distorted. It will, therefore, not be possible to have the examination in May/June this year. A convenient International Timetable
“for the conduct of the examination will soon be released”.
“The arrangement is in line with the current academic calendar and was done in collaboration with the Federal Ministry of Education.
“Consequently, the Council wishes to inform schools, candidates and the general public that the examination will hold from August 16, 2021 to September 30, 2021. The International timetable for the conduct of the examination will be released in due course.
“All stakeholders should please be so guided.” WAEC Ag, PRO explained. Muhammad Dingyadi, minister of police affairs, disclosed that the officers of the special weapons and tactics (SWAT) team have been deployed to state commands.

Mohammed Adamu, former inspector-general of police, had constituted the SWAT team, following the disbandment of the special anti-robbery squad in the wake of the October 2020 EndSARS protests.

Speaking when he featured on a Channels Television programme on Friday, Dingyadi said the SWAT officers have concluded their training, and have been posted to the states they were drafted from.

“They have ended their training, and they have been posted to the state police commands that brought them for training,” he said.

“They are there with them and they are performing these functions of the SWAT.”

The creation of the new tactical team had received mixed reactions, including from the United Nations, which said the police swiftly created SWAT “without first addressing some of the root causes of police violence and putting in place sufficient safeguards to prevent future violations.”

But Frank Mba, force spokesman, had quoted the former IGP as saying SWAT will operate within “high professional and ethical standards, rule of law and dictates of best international policing practices”.

“The IGP reiterates that no personnel of the defunct Special Anti-Robbery Squad (SARS) will be a member the new Tactical Team. He notes that the officers selected for the training are young, smart and energetic officers who have acquired not less than seven years working experience with clean service records – no pending disciplinary matters, no record of violation of rights of citizens or misuse of firearms – and are physically fit to withstand the rigour of SWAT Training and Operations,” he stated. The protesters had paraded graffiti and posters reading “Buhari must go” when the thugs accosted them.

The Kogi government, however, had hailed the flogging of the protesters, saying the people of the state remain fanatic followers of the president.

But reacting, the PDP, in a statement on Friday signed by Kola Ologbondiyan, its spokesperson, said the protest by the youths was against the incompetence of the Buhari administration.

“These graffiti by Nigerian youths are a loud demonstration against the impunity, divineness, high level incompetence, massive corruption as well as the insensitivity of the APC and its administration to the sorry situation they have plunged our dear nation,” the statement reads.

“The Nigerian youths, by the graffiti, are demonstrating against the failure of President Buhari and the APC to take decisive steps to address the incessant mass killings, high level unemployment, poverty and economic hardship that their administration has foisted on our country.

“The graffiti is also an open aversion to the looting of over N15 trillion by APC leaders at the time our nation is battling with 33% unemployment rate; at a time over 40 million Nigerian have lost their means of livelihood due to APC misrule and where most families cannot afford the basic necessities of life.

“Moreover, the use of political graffiti by citizens is a global practice to express themselves particularly in democratic setting.

“It is therefore a mark of intolerance, disdain and insensitivity to the plight of the people that instead of accepting and taking steps to address their anxieties, the APC chose to unleash their thugs to flog and dehumanise Nigerian citizens exercising their right to freedom of expression, as witnessed in Kogi state.”

The PDP said it rejected the allegations of trespass as basis for the attack on the protesters, noting that such claims should have been taken up in court.

The party said it recalled how Buhari, as the presidential candidate of the APC in 2014, led other leaders of his party who took to the streets and “disrupted public activities in exercise of such freedom and nobody hired thugs to attack or flog them in public”.