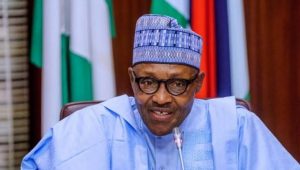 The Senate has raised alarm that with its approval of $22.7billion foreign loan request by President Muhammadu Buhari penultimate week, the total debt profile of Nigeria now stands at N33 trillion.

Speaking at the one day public lecture organised by the National Institute for Legislative and Democratic Studies ( NILDS), on Public Debt in Nigeria : Trend, Sustainability and Management in Abuja, the Deputy Chairman of Senate Committee on Local and Foreign Debts, Senator Muhammad Enagi Bima Enagi, All Progressives Congress, APC, Niger South, said borrowing had always served as veritable financial platforms for many countries of the world in running their economies.

According to him, judicious utilization of such loans for intended projects and servicing the debts appropriately have also been problems for some countries, particularly the developing ones as Nigeria.

This is even as the Director -General, Debt Management Office, DMO, Mrs Patience Oniha, expressed fears that economic effects of the coronavirus pandemic might incapacitate and frustrate Nigeria from servicing its debts appropriately.

Speaking further, Senator Bima noted that realities on ground in the country, in terms of required infrastructure and debt accumulations between 2006 and now, were not in anyway connected.

He, however, explained that many Nigerians were worried whenever they heard that their government was seeking one loan or the other.

He said: “From a low ratio of debt to gross domestic product (GDP) of about 3.4 percent at independence, Nigeria’s total public debt as at September 30, 2019, according to the Debt Management Office, DMO, stands at about N26.2 trillion (or $85.4 Billion).

“Of this amount, total domestic debts is about N18 trillion (or $58.4 Billion), which is 68.45percent of the total public debts. With the recent approval of the 2016-2018 External Borrowing Plan, the total debt stock would be about N33 trillion and 21% Debt/GDP ratio.

“The big question in the minds of average Nigerians aware of this fact is What did we do with the money? In other words, where did the money go?

“What do we have to show as a people for these huge debts accumulated over the last four decades or so?”

According to him, in stopping the ugly trend, the Senate and by extension, the National Assembly, is more than desirous to monitor the executive on prompt utilization of new loans being sought, to save the country from going back to the pre-2005 and 2006 debt burden era

Senator Bima said further: “The consequence of these borrowings is that the sheer magnitude of the Nations Annual Debt Servicing put at about N2.47 trillion for 2020 makes the provision of basic but essential amenities and infrastructure in the country almost impossible without further borrowings.

“Clearly, Nigeria needs to get its public finance in order to avoid the potential fiscal and financial crisis ahead of the nation.

“The current debt situation in Nigeria needs to be properly managed and every borrowed Naira or Dollar, carefully deployed, especially in the face of the continued dependence of the nation’s economy on exported crude oil, with its usual price volatility.

“Borrowings must be project-tied and not just to support budget deficit. Furthermore, the projects must be such to grow the economy and bequeath laudable infrastructure and not debt for future generations.’’

In her remarks, DMO Director-General, Patience Oniha, who was quick to say that there was no cause for alarm with regard to the total budget profile of the country which she puts at $85.390bn or N26trillion as at September 2019, said the country’s total debt stock as at 2006 when she exited the Paris and London Club of Creditors was $17.349million.

She, however, noted that annual deficit budgeting and poor revenue generation forced the country into taking loans which has accumulated to N26trillion as at September last year.

She said: “Concerns have been expressed about the growth in Nigeria’s debt stock since the exit from the Paris and London Club of Creditors.

“However, it must be recognised that the current debt stock is the result of cumulative borrowings by successive governments to finance budget deficits and various infrastructure projects.”

Oniha explained that in order to ensure that the public debt was sustainable, the Debt-to-GDP Ratio was set at 25%, lower than the 56% advised by the World Bank and IMF, adding that the total public debt-to-GDP had remained within the 25% limit, standing at 18.47% in September 2019.

“This is however, only one measure of debt sustainability, the other equally important measure is the debt service-to-revenue ratio and this is where Nigeria needs significant improvement.

“Whilst Nigeria’s debt is sustainable, recent developments in the global environment induced by COVID -9, already suggest a less than favourable economic outlook with implications for Nigeria,” Oniha said. 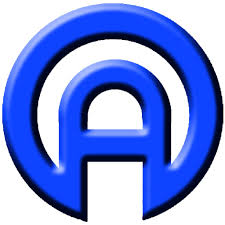 All arrangements have been concluded for the forthcoming 47th Conference and Annual General Assembly of the African Insurance Organisation (AIO) holding in Lagos from September 4 to 8.
Chairman, Local Organising Committee Of AIO 2021, Mrs. Ebelechukwu Nwachukwu, who addressed journalists in Lagos on Tuesday, said since the conference could not hold last year due to the covid-19 pandemic, the AIO Secretariat LOC decided to hold it this year as a hybrid event to cater for those who will not be able to attend physically.
She emphasised that in planning the conference at this time, the organisers  have taken full cognizance of all the health protocols and restrictions on public gathering, hence the decision to make it a hybrid event.
To give further impetus to this decision, she pointed out that “we are limiting the number of physical attendees, while others are being encouraged to take advantage of the virtual conference to participate from their different locations. For physical attendees, all covid-19 protocols will be observed and implemented to the letter.”

She also commended the Commissioner for Insurance, Mr. Olorundare Thomas for working assiduously and liaising with the various ministries and agencies to ensure that the organisers get the full support from the government.
She equally informed that of the major highlights of the 47th Conference is that the immediate past chairman of the Nigerian Insurers Association and Group Managing Director of NEM Insurance Plc, Mr. Tope Smart will assume office as the next president of the pan African organisation for the next one year.
As Covid-19 pandemic had left very debilitating effects on many economies and there are efforts at addressing these challenges, participants at the 47th AIO conference would be contributing to discussions around how insurance can contribute to ongoing efforts at rebuilding economies seriously impacted by the pandemic.
The theme of this year’s conference is: Rebuilding Africa’s Economy: An Insurance Perspective.

The four other subtopics to address other contemporary issues affecting the insurance industry are:
The new normal: How leaders can reset for growth beyond covid-19
Regulation, innovation and the future of insurance

AfCFTA and the African Insurer: Prospects and Opportunities

She added that the AIO Secretariat has assembled a strong faculty to deliver the different papers.
The resource persons are: Mr. Jakkie Cilliers, Institute of Security Studies, South Africa, Mr. Belhassen Tanat of Munich re, Mr. Yinka Sanni of Standard Bank Group, Mr. Tawiah Ben- Ahmed of Metropolitan Life Insurance, Ghana.
The AIO conference will also include the Life Seminar and all related activities.
The LOC chairman further stated that hosting the conference is significant to Nigeria, as it will enable her to showcase hee rich culture and hospitality, as well as provide a great opportunity to correct some of the misconceptions about Nigeria and her people. 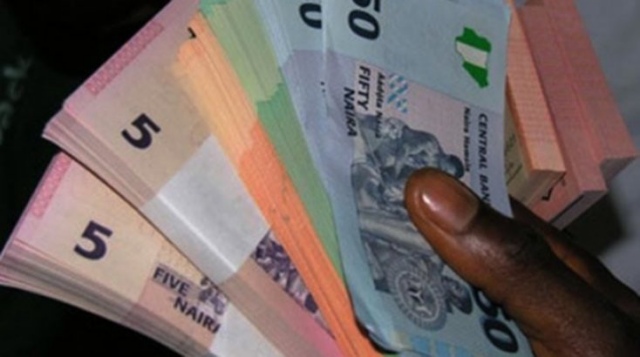