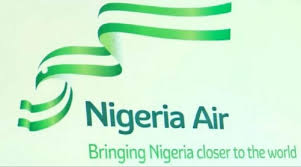 The minister announced the take-off date while briefing state house correspondents after the federal executive council (FEC) meeting at the presidential villa, Abuja.

He said the national carrier will be run by a company in which the Nigerian government will hold a five percent stake while Nigerian entrepreneurs will hold 46 percent.

He said the remaining 49 percent will be reserved for yet to be assigned strategic equity partners, including foreign investors.

Sirika said the national carrier, when operational, will create about 70,000 jobs for Nigerians. 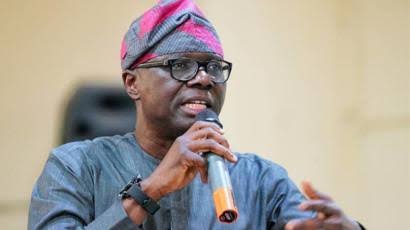 No fewer than nine #EndSARS protesters were killed at the Lekki tollgate on October 20, 2020.

This was contained in the report of the reports submitted by the Judicial Panel of Inquiry on Restitution for victims of SARS-related abuses and other matters obtained by our correspondent on Monday.

According to the report, nine protesters were confirmed dead while four were presumed dead.

The report listed 48 names as those who were casualties of the Lekki incident of October 20, 2020.

Among the 48 casualties listed, 24 sustained gunshot injuries, while 15 others were assaulted by soldiers and police.

The panel also noted that 96 other corpses were presented by a Forensic Pathologist of Lagos State University Teaching Hospital, Professor John Obafunwa.

According to the 309-page report, the protesters were killed by suspected policemen and soldiers.

Part of the report read, ” The evidence before the panel shows that after the Nigerian Army left, Nigeria Police Force, followed up with the killing of the protesters, shooting directly at fleeing
protesters into the shanties and the Lagoon at the Lekki Phase 1 Foreshore, close to the Lekki Toll Gate, floating corpse and one shot close to Serah Ibrahim.

“Three trucks with brushes underneath were brought to the Lekki Toll Gate in the morning of October 21st October, 2020 to clean up the scene of bloodstains and other evidence.

“The testimony and report of Professor John Obafunwa, a Forensic Pathologist of Lagos State University Teaching Hospital, showed that three corpses were deposited at the Mainland Hospital, Yaba Hospital, all from the Lekki Toll Gate and the autopsy conducted thereon revealed death from bleeding caused by penetrating objects or rifled weapon.

“The Panel finds that the fact of lack of identity of some of the other 96 corpses on the list supplied by Professor Obafunwa would not obliterate the fact that some of them could have come from the Lekki Toll Gate Incident of October 20, 2020, or that some other unidentified corpses may have been removed by their families or the military, as claimed by the EndSARS protesters, far and beyond the list tendered by Professor Obafunwa.”

The panel was inaugurated on October 19, 2020, to look into complaints of citizens against human rights abuses by the police.

Following the incident at the Lekki Toll Gate on October 20, 2020, the terms of reference of the Panel were expanded to cover that incident.

The panel sat for over one year, listening to testimonies of petitioners, witnesses, experts, and lawyers.

The panel treated 235 petitions and awarded N410 million to 70 victims.

The Lagos judicial panel on police brutality submitted its report on Monday to Governor Babajide Sanwo-Olu, at the government house, Ikeja, Lagos.

The panel submitted two sets of reports — a consolidated report on police brutality cases and the Lekki incident investigation.

On October 19, 2020, as part of recommendations put forward during the #EndSARS protests, the Lagos government inaugurated the judicial panel to investigate petitions on police brutality in the state.

Speaking after receiving the report, Sanwo-Olu said it is the beginning of the “difficult process of proper reconciliation and restitution”.

The governor commended members of the panel for the work done, adding that posterity will be kind to them.

He said the report will be submitted to the national economic council (NEC), adding that “proper response” will be accorded to the recommendations.

Sanwo-Olu also constituted a four-member committee headed by Moyosore Onigbanjo, the state’s attorney-general, to come up with a white paper on the panel’s recommendations within the next two weeks.

“I’m believing and trusting that this process will help us start the very difficult process of proper reconciliation, restitution, bringing together of anyone that must have been one form or the other being affected,” he said.

“By either the police or any of our citizens that must have been wronged by one form or the other, the process of healing, I imagine, with the submission of this panel report, will start that process.”

The sitting was initially meant to last for six months but the period of proceedings stretched into one year.

The panel concluded its sitting on October 18, 2021, and said its findings and recommendations would be submitted to the state government.

Doris Okuwobi, chairperson of the panel, had said 186 of the 252 petitions submitted were deliberated upon.

According to an infographic released by the panel, the sum of N409.7 million was awarded to 70 petitioners.

However, the decision of the panel not to disclose its report on the Lekki shooting incident did not go down well with many Nigerians, including lawyers representing #EndSARS protesters.