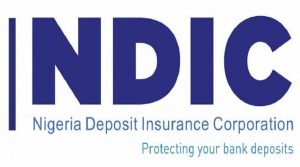 Nigeria Deposit Insurance Company (NDIC) has completed payments to all depositors of 18 closed failed Banks all their monies trapped in such banks.

These include insured and uninsured monies.

The Managing Director of NDIC, Umaru Ibrahim disclosed this while delivering an address during the NDIC day held yesterday at the ongoing 31st Enugu International Trade Fair.

He called on the general public, especially traders and businessmen, to always save money in licensed banks where the savings are protected by the NDIC.

Represented by the Enugu Zonal Controller, Mrs. Vera Ikwue, the NDIC boss advised members of the public to “desist from keeping their hard earned monies in homes or shops to avoid the dangers of fire, theft, armed robbery, flood or other forms of losses.”

He said the NDIC will not rest on its oars in protecting depositors through prompt operational responses to novel developments in the banking system as they evolve.

“For the avoidance of doubt, these wonder banks are neither licensed by the Central Bank of Nigeria (CBN) nor are they under the NDIC deposit insurance scheme.

“I advise members of the public to patronise insured banking institutions that display the NDIC stickers: ‘Insured by NDIC’ in their banking halls or entrances,” he counseled.

He announced the corporation has developed the framework for the extension of Deposit Insurance cover to the tune of N500,000 per depositor for depositors of Payment Service Banks (PSBs).

Related Topics:NDIC Completes Payment Of Depositors Of Failed Banks
Up Next