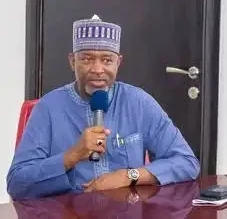 The Minister of Aviation, Senator Hadi Sirika, has called for the establishment of Aviation Development Fund so that the sector can be in consonance with international standards and best practises.

Sirika, who spoke at the public hearing on the six Aviation Executive Bills at the National Assembly on Tuesday, stated that the Aviation Development Fund being proposed with friendly interest rate would help the sector address its enormous financial challenges.

Some of the bills being considered are “A Bill for an Act to repeal the Civil Aviation Act, 2006 and to Enact the Civil Aviation Act for the Regulation of Civil Aviation in Nigeria and for Other Related Matters; “A Bill for an Act to repeal the Nigerian College of Aviation Technology Act and to Enact the Nigerian Aviation Technology Act to provide for its organisation, control and operation and for related Matters.
Also included is a Bill for an Act to repeal the Nigerian Airspace Management Agency Act for the purpose of providing effective Air Navigation.”
The Aviation Minister while responding to concern over inadequate safety equipment at the nation’s airport, passenger comfort and the perceived indifference of the regulatory agency, the Nigeria Civil Aviation Authority, has however reiterated that the strategic sector was battling with paucity of fund.
Sirika said:” In the wisdom of the Ministry, we saw that we need huge fund to deal with capital intensive projects, including what Nigerian Airspace Management Agency, NAMA, Federal Airport Authority of Nigeria, (FAAN) will require.
“We need huge amount to put them in place. Of course, we need adequate security around the airport to deal with intruders.
“If we are able to find this money and deal with these items, what we will be addressing is the sustainability of the items.
“We need Aviation Development Fund, where these money can be kept, where we are cocksure that these fund with little interest can be tapped. All we would then need is to boost our Internally Generated Revenue, (IGR).
“This Fund will help us with passenger comfort, safety around the airport. This volume of capital can be deployed to ensure that every aviation equipment are available at our airports. ”
The Aviation Minister who re-echoed his concern over the failure of airline operators under the aegis of Airlines Operators of Nigeria, (AON) to remit their service charge, has recommended for an automated payment system that would take care of cold war over default in remittance by members of the AON.
In his presentation, Director General of NAMA, Fola Akinkuotu who expressed delight over the proposed amendment of the Bill establishing NAMA, said that it would boost the much-needed improvement, efficiency to improve safety in our airspace.
Also in his presentation, Aviation Security Consultant and Secretary General of Aviation Security Round-table Initiative, Group Captain John Ojikutu (retd) who called for a review of the sharing formula of the remittance to the NCAA, which he insisted was skewed against other stakeholders in the sector, asked, “What is NCAA doing to be taking 58 per cent?”

Related Topics:Minister Advocates Special Fund For Aviation Sector
Up Next