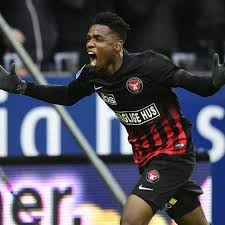 Nigeria international Frank Onyeka is in contention to make his second start in this season’s UEFA Champions League group stage in tonight’s meeting between former champions Liverpool and FC Midtjylland at Anfield.
The Danish champions will be travelling to Anfield in buoyant mood too, having launched a stunning comeback at title rivals Brondby to turn a 2-0 deficit into a 3-2 win in the final half an hour at the weekend, including a 94th-minute winner.
Midtjylland have not fared too well on their travels in previous European competition, though, losing seven of their nine such games and only winning one of those
The former FC Ebedei defensive midfielder was spotted boarding a Great Dane Airlines flight to Liverpool yesterday.
Onyeka’s Champions League debut was one to forget as FC Midtjylland were hammered 4-0 by Italian visitors Atalanta last week.
If named in the starting lineup vs Liverpool as expected, it would be an important opportunity to put himself in the shop window amid speculation linking him with a departure from the Danish champions in the near future.
Onyeka started all the four matches played by The Wolves in the qualifying and playoff rounds of the Champions League, and got on the scoresheet against Slavia Prague while providing an assist vs Ludogorets.
Meanwhile, Dutch referee Danny Makkelie has been given Juventus-Barcelona, with English Anthony Taylor at the whistle in Club Brugge-Lazio.
The Old Lady welcome Lionel Messi and co to the Allianz Stadium and the UEFA Referees Commission has appointed Makkelie as the match official.
Lazio travel to Club Brugge on Wednesday, with English Anthony Taylor overseeing the Aquile’s trip to Belgium.

Related Topics:Midtjylland’s Onyeka To face Liverpool At Anfield
Up Next 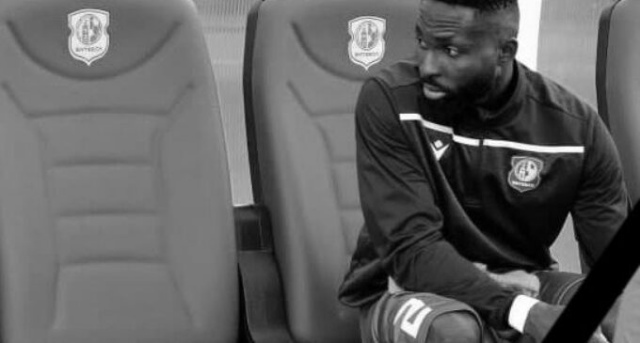 Kelvin Odenigbo, the Nigerian footballer who plied his trade for FC Vitebsk in Belarus, has been found dead after drowning in a lake.

The Belarusian Premier League club confirmed the demise of the 20-year-old striker in a statement on its website.

In the statement, the club said Odenigbo drowned and his corpse was found on Saturday by the lake Beloye, a tourist destination in the Vitebsk region.

“We express our sincere condolences to the family and friends of the football player. The football club Vitebsk reports that on June 5, 2021, on the lake Beloye, in the area of the tourist base Verasy, OSVOD employees found the drowned Kelvin Odenigbo,” the statement read.

The club also promised to release more details about Odenigbo’s death while expressing its condolences to the family and friends of the deceased.

“We will publish all official information as it becomes available. We express our sincere condolences to the family and friends of the football player, as well as to all the fans of the team,” the statement added.

Odenigbo recently joined the club on loan from NAF Rockets FC, the Nigerian National League side, at the end of last season before making the switch permanent for the 11-match-old 2021/22 season.

He featured for sixth-placed Vitebsk this season, assisting one goal in four appearances. 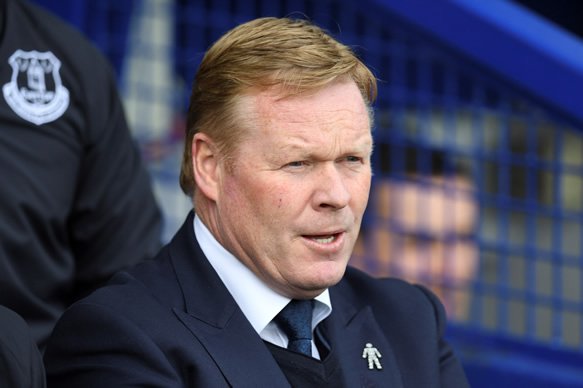 Ronald Koeman has escaped the Barcelona axe with club president Joan Laporta announcing on Thursday the Dutchman is to continue as coach next season.

“We’ve decided to give continuity to a contract already in place,” Laporta confirmed after a meeting of the club’s directors.

Koeman’s confirmation comes after the Catalan press had hinted that winning round Lionel Messi as well as lifting the Copa del Rey and overseeing a year of transition may not have been enough for him to keep his job.

Laporta explained, “We think it’s the best for Barca and we are very happy to be able to announce today that Ronald Koeman is staying.”

He said “very frank and straight” conversations had taken place before committing to Koeman until the summer of 2022.

“This time for reflection was necessary… to see together what didn’t work at the end of last season”. 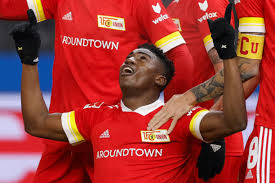 The 23-year-old joined Liverpool on a long-term deal in August 2015 from Nigeria’s Imperial Academy, but has never played for The Reds due to his inability to secure a work permit. It means Awoniyi, who is currently on a seventh loan spell outside of the United Kingdom at German side Union Berlin is now eligible to be included in the Liverpool squad for next season.

“It’s been a long process but finally [Taiwo] Awoniyi can now focus on his career either at Liverpool or somewhere in England,” a top official at Imperial Academy told BBC Sport Africa. “He has the ambition to play in the Premier League and hopefully, he can do that next season.”

Fit-again Awoniyi, who has a contract with Liverpool until June 2023, scored five goals in 20 appearances for Union Berlin despite an injury-blighted campaign in the Bundesliga.

Under-17 World Cup winner with Nigeria in 2013, Awoniyi has represented the West African country at all youth levels.