A coalition of civil society groups on Wednesday gave Federal Government and Nigerian Army 15 days ultimatum to fish out the soldiers that shot the #EndSARS, protesters at Lekki Toll Gate Lagos.
The groups comprising the Campaign for Democracy, CD, Human Rights, Liberty Access and Peace Defenders’ Foundation, HURIDE, Civil Liberties Organization, CLO, and Igbo Elders Forum, IEF, threatened another protest at the expiration of the ultimatum.
They flayed the Lagos State government and the Nigerian Army for feigning ignorance of persons behind the shooting when in actual sense they were united in sending troops to Lekki toll gate, which they said the Army finally exposed on Tuesday.
Speaking on behalf of the groups in Onitsha, Publicity Secretary of CD, and Chairman CD, South East Zone, Dede Uzor Uzor, the group also said the Federal Government should set up a fund to compensate the families.
He said, “The protest was peaceful and very well organized, until some suspected thugs sponsored by people with a vested interest in government, started attacking them and instigating the supporters of the protester to violence, before the soldiers of the Nigerian Army, were drafted to open fire on them.
“The story is no more about whether soldiers were involved or not, the Army through Major Olaniyi on Tuesday revealed soldiers involvement and who invited them, we are now concerned about the soldiers or officers that carried out the shooting.
“This kind of shooting of protesting civilians does not happen in a Democratic government, so we are calling on President Muhammadu Buhari and the Chief of Army Staff Lt. Gen. Tukur Buratai, to within fifteen days, fish out Army officials that were responsible for the shooting of the protesters at Lekki Tollgate.
“If at the expiration of fifteen-day, from now to November 1st, 2020, the soldiers of the Nigerian Army who carried out the despicable shooting of the protesters were not shown to Nigerians, we will organize the mother of all protests that Nigerians have never seen in its history, to show to the world that Nigeria is not a banana republic and Nigerians are not happy that their citizens are being killed like rats.”

Related Topics:Lekki Shooting: Fish Out Shooters Or Risk Another Protest – Group Warns FG
Up Next 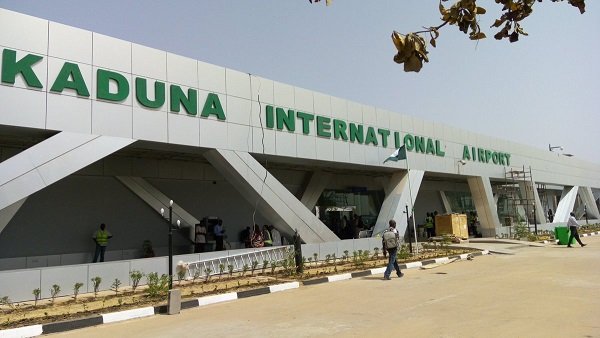 Aviation workers under the aegis of the National Union Of Air Transport Employees (NUATE), Association Of Nigeria Aviation Professionals (ANAP) and National Association Of Aircraft Pilots And Engineers (NAAPE), will on Sunday, from midnight, shut down operations at Kaduna airport over a strike declared by the Nigeria Labour and Congress (NLC).

The unions accused the State government of anti-labour practices perpetrated against civil servants by the Governor Nasir El-Rufai-led administration in the state.

In two separate letters jointly signed by the union’s leaders, namely Ocheme Aba, General secretary, NUATE, Abdulrasak Saidu, Secretary-General, ANAP and Ofonime Umoh , Deputy General Secretary, NAAPE, the workers said they will comply with the directive of NLC to down tools in the state between May 16 and 21, 2021, adding that all workers have been directed to withdraw all services at the airport within the stipulated period.

“In effect, there will be no operations of any kind into, at, or out of the airport within the period.

” This information is provided to enable your management to take steps to safeguard valuable property within the airport vicinity during the period of the industrial action.

“This action shall be fully carried out unless otherwise directed by the NLC. And all workers are enjoined to fully comply as no form of sabotage shall be tolerated,” the unions said. 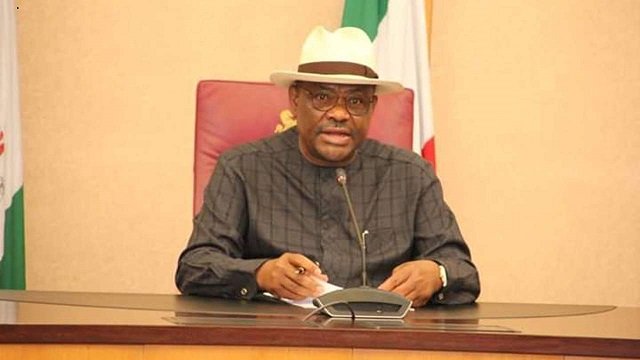 Rivers State Governor, Nyesom Wike, has replied to persons opposed to the recent decisions of Southern governors on open grazing and other issues saying the governors’ demands are irrevocable.

Wike, insisted that their demands must be respected reminded critics of the governor’s should that no section of the country is inferior to others.

Wike spoke during a grand reception held in his honour by Ogoni nationality in Bori, Khana Local Government Area on Saturday.

The governor declared that he had taken further steps to fulfill the resolutions reached by Southern Governors in Asaba.

He said: “We have taken a position and no going back. Enough is enough. We are not second class citizens of this country. We also own this country.”

Wike charged the Hydrocarbon Pollution Remediation Project (HYPREP) saddled with the responsibility of the cleanup of polluted sites in Ogoni, to relocate its operational office from Port Harcourt to Bori, the headquarters of the Ogoni people.

He said: “You cannot talk of cleaning up a place and keep your office in another area. Bring your office from Port Harcourt and come and stay in Bori, So that you can hear and appreciate the feelings of the people.”

Wike recalled that when he launched his quest to govern Rivers State in 2014, he received tremendous support from Ogoni nationality.

He said in appreciation, his administration had graciously fulfilled the promise to dualise the Saakpenwa-Bori-Kono Road and had gone further to award contract for the phase two of the project from Bori to Kono valued at N14bn.

The governor acknowledged that the people of Ogoni nationality had remained steadfast in their support of his administration.

The governor directed the Commissioner of Power and in-coming Chairman of Khana Local Government Area to ensure the electrification of all communities in the council yet to be connected to the national grid within the next five months.

He charged the incoming chairmen Khana, Gokana, Tai and Eleme to endeavour to initiate and implement projects that would enhance the wellbeing of their people.

Wike noted that Ogoni was an important part of the state and Nigeria, and urged their leaders to fight against the menace of cultism and other related acts of criminality. 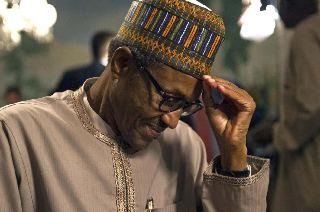 The Peoples Democratic Party, PDP, had said the revelation of $65 million (N31 billion) fraud in the Federal Mortgage Bank of Nigeria (FMBN), in which President Muhammadu Buhari’s son-in-law, Gimba Yau Kumo, is reportedly involved, is a confirmation that the Buhari Presidency is “a sanctuary for fraudsters, treasury looters and common criminals.”

This is as the party charged the Independent Corrupt Practices and Other Related Offences Commission ICPC “not to succumb to reported pressure from the cabal in the Buhari Presidency but to track down Yau Kumo, the former Managing Director of the FMBN, who had already been declared wanted, and bring him to book alongside his accomplices.”

In a statement signed by its spokesman Kola Ologbondiyan, the PDP said the “It speaks volumes that the Buhari Presidency had remained silent in the face of this huge fraud involving Mr. President’s son-in-law; a beneficiary of the primitive family patronage in the Buhari administration, only for certain members of the cabal to be reportedly mounting pressure on the ICPC to let him off the hook.”

The statement further read: “The PDP holds as wicked, afflicting and provocative that while millions of hardworking Nigerians cannot afford their daily meals and other basic necessities of life due to the misrule and corruption of the All Progressives Congress, APC, and its administration, they are daily assailed by revelations of unbridled treasury looting under President Buhari’s watch.

“Is it not provocative that at the time the Buhari administration is moving to cut workers’ salaries; increased the cost of fuel, electricity and other tariffs; in a country with over 33 percent unemployment and where citizens have been subjected to the worst forms of poverty; government officials, cronies and relations of those in power are busy looting our agencies and carting away our common patrimony?

“It is even more distressing that the looted FMBN money is part of funds contributed by Nigerians to meet their home needs which has instead fallen under the predatory proclivities of the APC administration.

“Only last week, the nation was jolted by reports of the looting of over N165 billion in the Nigeria Ports Authority (NPA) under the suspended Managing Director, Hadiza Bala Usman and the purview of the Minister of Transportation, Rotimi Ameachi, leading to widespread demand for their sack and prosecution.

“This is in addition to the alleged involvement of the wife of the Transportation Minister, Mrs. Edith Amaechi, in the reported N48 billion contract scam currently rocking the Niger Delta Development Commission, NDDC.

“The PDP urges the Buhari Presidency to allow for an open investigation of Mr. President’s son-in-law as well as those fingered in the fraud in the NPA and the NDDC.”