Some retirees in Imo State took to the streets of Owerri in protest against the State Government’s inability to pay them their pensions and gratuities since February.

Displaying placards with various inscriptions on their plight, the retirees accused the Governor Hope Uzodinma administration of insensitivity.

The pensioners, who attempted to invade the Government House, were resisted by security personnel, who formed a barricade.

Unable to access the Government House, the pensioners blocked the roundabout leading to the premises and prevented movement in and out of the compound.

Briefing journalists, the Chairman, Imo State Pensioners’ Intervention Committee, Mr Iyke Ohaneje, said efforts made by the body to ensure the payment of the outstanding pensions and gratuities had been frustrated by the office of the accountant-general of the state.

He said 42 pensioners had died as a result of the non-payment of their stipends.

The retiree said they were on the streets to beg for alms.

“As at the last count, 42 members of this association have died of hunger, excluding the ones in the rural areas. Government agents have frustrated every move we have made to get our pensions paid.”

When contacted, the Senior Special Assistant to the Governor on Media, Modestus Nwamkpa, said the pensioners would soon be paid.

He stated that taking to the streets would not solve the problem and asked the senior citizens to be patient with the government.

Related Topics:GratuitiesImo Retirees Protest Non-payment Of Pensions
Up Next 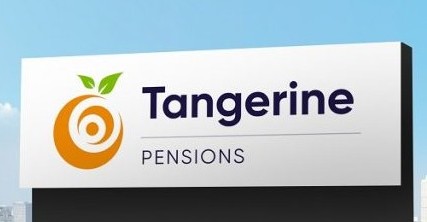 Subsequently, the name of AXA Mansard Pensions Limited has been changed to Tangerine Pensions Limited, receiving of all necessary approvals from the National Pension Commission (PenCom).

AXA Mansard Pensions was incorporated as Penman Pensions Limited in 2006 and AXA Mansard Insurance Plc became the majority shareholder of the company from 2014 until 2020. This is therefore not the first time that the organisation has undergone a rebranding and name change process.

Speaking on the rebrand, Dapo Akinsanya, CEO, Tangerine Pensions Limited said: “The conclusion of this acquisition after receiving all regulatory approvals has put the company in a position to build an even more successful organisation, with our future growth anchored on delivering impeccable customer service and driven by best practices.

“Our change of ownership and rebranding give us an opportunity to do so much more for our customers, whilst focusing on being the premier pension provider, availing customers multi-channel access to superior retirement solutions. We are committed now, more than ever, to building life-long financial partnerships with our clients, giving them access to an assured future,” he stated.
Tangerine Pensions Limited is a Pension Fund Administrator managing a number of approved employee schemes including the traditional RSA and Retiree portfolios. The company’s team serves over 89,000 customers with Assets under Management of over ₦74 billion. The leadership of the Federal Parastatals and Private Sector Pensioners Association of Nigeria, FEPPPAN, has directed its members not to participate in the planned protest on implementation of minimum pension slated for Friday April 23. 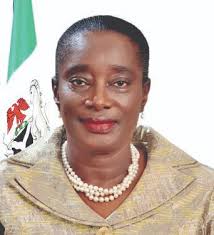 The management of Pension Transitional Arrangement Directorate (PTAD) has pleaded with the Nigeria Union of Pensioners (NUP) to shelve the planned protest at the Office of the Secretary to the Government of the Federation, tomorrow April 23

The NUP at its 11th quadrennial Delegate Conference resolved to go on protest due to the delay in the implementation of the consequential adjustment to the pension benefits occasioned by the recently approved minimum wage.

PTAD stated that “As a responsible agency of government saddled with the responsibility of overseeing the payment of pension benefits to pensioners under the Defined Benefit Scheme and their welfare, we are encouraged to appeal to our respected Pensioners that there is no justification for the protest after the meeting with PTAD Executive Secretary, Dr. Chioma Ejikeme.”
The Directorate said it held a meeting with the National Executives of the NUP led by Dr. Abel Afolayan on the March 16, 2021 where the issue of the implementation of the pension adjustment was openly discussed and that the union gave their understanding. PTAD restated that the EXCO of NUP were told at the meeting that the implementation is most likely to commence at the end of April, 2021,  going by the submissions that had been made by all stakeholders.
“However, there has been a little delay due to unforeseen circumstances, but we believe the implementation can still start as early as May 2021,” PTAD explained.
“Our senior citizens have nothing to fear because we have a President that has demonstrated greater commitment to the welfare of our pensioners through PTAD more than any other President we have had in the past. Therefore, the issue of implementation will not be different. The matter is very important to the President.
“We know the pensioners have waited enough, although the issue of the Covid-19 played a significant role in the delay, we wish to encourage our Senior Citizens to trust that the consequential adjustment will be made without further delay. There is no reason for this protest,” PTAD urged the pensioners.