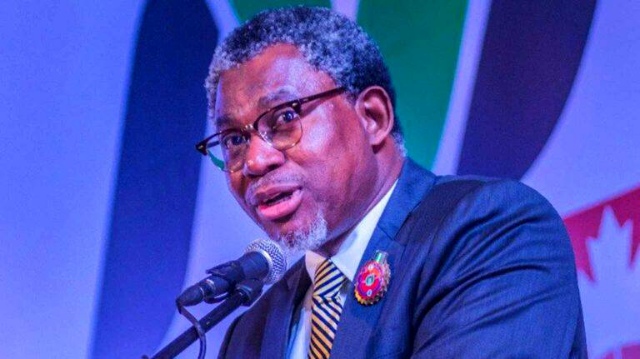 The Federal Government has launched an airborne geophysical survey to determine accurate mineral deposits, with activities occurring in 19 States.

Minister of Mines and Steel Development, Olamilekan Adegbite, flagged off the event in Abuja on Thursday, stating that there are only two aircrafts available for the survey, noting that the importance of the survey is to gather data through geophysical measurement that will locate mineral deposits.

Adegbite also allayed fears of residents over frequent aircraft movement in the 19 states, stating that the Ministry has been sensitising the general public on the awareness of the aircraft, explaining that the National Security Agency, NSA, has been briefed about the aircraft’s movements.

He said: “To allay peoples fear in the last three months, we have been going around the states, sensitising people on the awareness of the aircraft. The data gathered will enhance our ability to know what minerals that we have and thereby attract the right investors in the sector.

“The aircraft will be flying at an altitude of 50 meters, extensive awareness has been done in all means of communication to avoid panic. As of yesterday, I briefed the President at the FEC, so he is already aware of what is going on, we have permission from the NSA with the knowledge of the Chief of Air Staff, and the aircraft will not expose the country to security threats.

“We have two aircraft on the ground I think they will boost that up eventually to four. This project was scheduled to take off last year because it is best done in the dry season. Now, two aircraft are here they are starting now, they are going to work as the weather dictates, they work when it is dry, we are going to the dry season soon, work would be easier.”

Meanwhile, speaking on the operation, International Technical Adviser for Xcalibur Multiphysics, John Eyre, said “There are two aircraft which will fly a lower altitude of 50 meters with a single pilot. It is equipped with electronic sensors.

“We have tried this in South Africa, Spain, Togo and so many other countries. We are looking at signatures of all minerals, particularly gold, lead, zinc, silver, bitumen with all metallic and non-metallic minerals, and we will start on the location with dry land.”