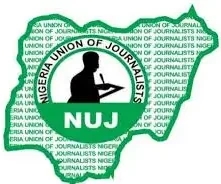 As men of the Nigerian Army took over the streets across the country in the name of Operation Crocodile Smile, the Oyo State Council of the Nigeria Union of Journalists (NUJ), has called on President Muhammadu Buhari to instruct the troops to ensure that none of the protesting youths is killed or brutalised during the exercise.
The NUJ made the call on Monday, in a statement signed by the state chairman, Ademola Babalola and secretary, Sola Oladapo, urging the Chief of Army Staff, Lieutenant General Tukur Buratai, to direct his men to exercise utmost caution and ensure adherence to citizens-friendly rules of engagement.
Babalola reminded the soldiers that the ongoing nationwide protest, which started as a clamour for the disbandment of the Special Anti-Robbery Squad (SARS), was not just about police reform, but also about getting those in leadership positions to heed the call to make the country a better place for the citizenry.
The statement read: “We wish to recall that in July this year, 385 soldiers wrote the Chief of Army Staff, Lieutenant General Buratai that they are resigning from the Army over what they called loss of interest and very low morale. These soldiers are not deserters from the auxiliary. The soldiers had been deployed to face better-equipped insurgents in the North-East.”
“The soldiers deployed for Operation Crocodile Smile, in our view, should protect the protesters and ensure no harm is done to them. The situation in the country is so sad that if affects us all, including the soldiers themselves, with the exception of the class of the ruling elite which may be considered immune from the hardship in the land.”
“While we acknowledge the fact that the military operation is an annual event, having been held in October last year, we counsel that the Federal Government ought not to have deployed soldiers for the same exercise this year, especially against the background of the tensed situation occasioned by the protest.”
“We also urge the protesters and citizens generally to go about their lawful businesses without provoking the soldiers to apply the use of force.”
“We are for the maintenance of law and order. We equally call on the coordinators of the protest to devise means of ensuring that hoodlums don’t infiltrate their ranks to perpetrate evil in the name of protest.”
“The union is not unaware of the difficulty being experienced by the people of the state as a result of the withdrawal of Okada and public transport vehicles by their owners.”
“The gains that will come when we have a new Nigeria will far outweigh the pain we are enduring. We can’t make omelette without breaking eggs, throughout the world, there is no pain without gain.”
“Members of the union who have been joining the rallies and the protest walks since they started will be fully participating in the protest from tomorrow to drive home the message of peace to the soldiers and the protesters.”

Related Topics:#ENDSARS: NUJ Warms Army Not To Brutalise Protesters
Up Next