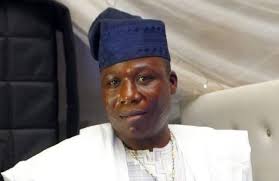 The Federal High Court, sitting in Abuja, Thursday, granted bail to the 12 persons that were arrested at the residence of Yoruba Nation activist, Sunday Adeyemo, popularly known as Sunday Igboho.

Justice Obiora Egwuatu admitted the Applicants to bail, after he overruled the Department of State Service, DSS, which opposed the release of four of the 12 persons who have been in detention since July 1.

The DSS had claimed that its investigations revealed that the four detained associates of Igboho – Amudat Babatunde, Abideen Shittu, Jamiu Oyetunji and Bamidele Sunday – were deeply involved in the stockpiling of arms.

It, however, did not oppose the release of eight others – Abdulateef Ademola Onaolapo, Tajudeen Irinyole, Diekola Jubril Ademola, Ayobami Donald and Uthman Opeyemi Adelabu – it said had minimal involvement in Igboho’s alleged criminal activities.

In his ruling, Justice Egwuatu held that the Constitution empowered the court to exercise its discretionary powers to grant bail to all the Applicants.

Though the DSS did not oppose the unconditional release of the eight Applicants, Justice Egwuatu gave them bail in the sum of N5 million each, with two sureties in like sum.

The court, on the other hand, admitted the other four Applicants, whom their application was opposed, bail in the sum of N10 million each, with two sureties in like sum.

The court held that the sureties must be residents in Abuja, adding that one of them must be a civil servant not below grade level 12.

It held that the civil servant must submit a letter of employment and last promotion letter, as well as tender a passport photograph.

All the sureties were directed to submit an evidence of payment of tax for the past three years and also depose to an affidavit of means.

More so, the court directed the four Applicants whose bail request was opposed, to report to the office of the DSS every first Monday of the month, for three months, commencing from September 1.

Meanwhile, the court declined an application for all the Applicants to be transferred to a Correctional Centre, pending the perfection of their bail conditions.

Justice Egwuatu held that there was no evidence before the court to show that the Applicants were not safe in DSS custody.

The DSS had through its lawyer, Mr. I. Awo, told the court that it believed that the four Applicants it opposed their bail request, would escape from the country like Igboho, once released from detention and would not make themselves available for further investigation or trial.

It told the court that their principal, Igboho, is currently standing criminal trial in Benin Republic, after he was declared wanted in Nigeria.

“Rather than to turn himself in, he decided to flee this country. There is no guarantee that these four Applicants will not follow same if released on bail.

“There are credible information on how friends, family members and associates of these same four Applicants are making contacts with potential witnesses identified by the DSS. Some have been pressurized not to turn up so that they will not be tried. These four Applicants will jeopardize ongoing investigation if released.

However, counsel to the Applicants, Mr. Pelumi Olajengbesi, urged the court to discountenance the submission of the DSS and release the 12 detained persons on bail.

Decrying that it took the intervention of the court before the DSS could allow him access to the Applicants, Olajengbesi argued that investigation could not be indefinite.

He noted that an earlier order that allowed the DSS to detain the Applicants for 14 days had since expired.

“It will be an affront on our Constitution and gross violation of their fundamental human rights if the Applicants are allowed to remain in custody of the Respondents.

“The Respondents do not need 34 days to investigate the persons it claimed that it found with fire arms”, Olajengbesi submitted.

Relying on section 32(1) and (2) of the Administration of Criminal Justice Act, ACJA, as well as sections 6(6), 35 and 36 of 1999 Constitution, as amended, Olajengbesi, prayed the court to release the 12 Applicants on bail unconditionally.

Cited as 1st and 2nd Respondents in the fundamental right enforcement suit marked FHC/ABJ/CS/647/2021, which the detained Applicants filed before the court, were the Director General of the DSS, Yusuf Bichi, and the DSS itself.

In his ruling, Justice Egwuatu stressed that the Applicants were entitled to their right of liberty under section 35(1) of the 1999 Constitution, as amended.

He held that the law envisaged that any person arrested should be charged to court within a reasonable time.

The judge dismissed the contention by the DSS that the Applicants would interfere with its proposed witnesses, adding that its claimed “investigation cannot be ad-infinitum.”.

Meantime, based on previous order of the court, the DSS produced all the 12 detained Applicants for the proceedings, yesterday.

In a related development, the Attorney General of the Federation and the DSS have been barred from arresting Sunday Igboho.

Recalled that security operatives, led by the personnel of the DSS, raided Igboho’s Soka, Ibadan, Oyo State residence killing two of his aides and arresting 12 others weeks ago.

Related Topics:As His 12 Aides Get N80m ‘Iron Bail’Court Restrains DSS From Blocking Igboho’s Accounts
Up Next