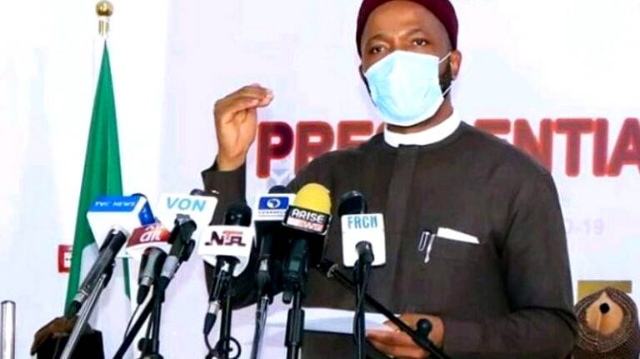 The Federal Government has confirmed that the kidnappers were using the money from ransom to equip and rearm themselves.

The Minister of State for Education, Chief Chukwuemeka Nwajiuba disclosed this while fielding questions from journalists at the end of the Federal Executive Council, FEC, meeting presided over by Vice President Yemi Osinbajo at the First Lady’s Conference Room, Presidential Villa, Abuja.

Asked on what the government was doing over the video that went viral where some of the kidnapped students in Kaduna State were being tortured by kidnappers, he said that efforts were being made to ensure that the students were rescued.

According to him, “Truly speaking, it is disheartening anytime any of our students are taken at any point, I can assure you that the federal government is doing all that it can. We have held several meetings with our security personnel and that whole region.

“And as bandits appeared that they’ve started striking randomly at some of our schools from Jengave, Kangara. You know, everywhere. And the places where they’ve had to go, we’ve pursued them. But the containment policy of the military is actually in response to what we also did as the humanitarian element that surrounds it because the way the military will engage bandits once they have our citizens will not be the same way they will engage them ordinarily.

“And therefore, they may not just go into the forest shooting at everything or everybody they see. And that has enabled the bandits to use some of our citizens as human shields. We are constrained to stop negotiations with bandits because we’ve seen that every time they get any payment, it leads to further escalation because they reequip and they rearm and then they go back.

“Because if you notice what happened from the kidnap at the College of forestry, in Kaduna, this was prior to the kidnap at the Baptist College and at Usman Polytechnic before they got the university children. Now, there is none of our students that will be held that we’re happy at all. It doesn’t matter which level. One is too many at any time.

“So yesterday (Tuesday) the military returned to have our children that they were able to rescue. We’ve seen the videos you alluded to, and while we cannot attest to their veracity with how authentic there is still concern, and we are in touch with the military authorities. They are in continuous pursuit of them.

“I was in Katsina to discuss with the detachment that is overseeing that area and all the way to Buni Yadi in Kebbi state where we have some of our children still held. Tigana boys are the ones in Niger state, the Islamiya school.

“We are continuously engaging, there is no such thing as federal government not engaging, almost day and night we are engaging. From anywhere that we are in the world we’re trying to engage and I’m just trying to assure Nigerians that as distressing as it is, we are on top of it. And we will keep doing all that we can possibly do to get our children and keep our students safe.”

Asked the measures put in place by the federal government to ensure its schools are not attacked by bandits, he said, “I had already said that the whole of government approaches to security exercise is not just limited to our schools.

“Yes, the federal government owns a few federal colleges around Nigeria, out of the 25,000 secondary schools, the federal government owns only 120 of them. And we are constantly policing each of our parameter areas. As far as we’re concerned, we have policemen, we have Civil Defence people, we are collaborating with the Ministry of Interior, and the Ministry of Police appears to have the personnel, boots on the ground everywhere.

“But we’re not limiting ourselves to our own institutions at all, that we’re looking at the security as a national policy is a whole of government engagement. And we already had worked out with the rest of the governors and security operatives around the country on how to do this. And I just explained that if you look at a place like Kaduna state, with 512 secondary schools, we’ve had to look at those who are most prone, which from our analysis are exposed, girls secondary schools with boarding facilities are most at risk.

“So what we’ve done is to look at the radius from response time at the security agency stations to where the schools are, and if exceeds the maximum reaction time that the military and us have worked out, we close down those schools and have them come and recite with or co-locate them with schools that are within the prescient of what we determined are safe at the moment.

“If you go to Sokoto State, for instance, we’ve done buzzers we’ve done alarm systems, we’ve done perimeter monitoring, we’ve done community engagement platforms, we’ve done the SBMC procedures, which we put on school management bus and then attach security compliance officers alongside them, we are engaging everyone.

“Well, if you look at what we’re doing in Borno, state, and all other places where we are at risk, because even in reopening the Chibok school if you see what Governor Babagana Zulum did there, what we did was to, first of all, get all the security apparatus around the area to be able to stay with response zones.

“The federal government has also expanded its own forwarding basis. And if you understand some of the military intelligence that they use those to gather, those are forwarding basis so that before there are preemptive stack around the areas where people may not ordinarily congregate, and then isolate the forest reserves that are on the far belt of the Nigerian West Wing, where you see the continuous forest stretches that they’ve now put in military installations to interrupt them so that there is no continuous flow for any engagement.

“I’m sure you’ve noticed that there’s been a reduction in the past few days. But I’m not saying that we are unchallenged but I am saying we are working to continuously engage them. Like I said, that’s the function of government problems will not go away. But if you have hired us as managers, and what we can do at the moment, is keep managing the situation I work at it.”

Related Topics:Bandits Using Ransom To EquipRearm Themselves ― FG
Up Next