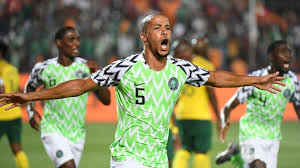 Two rounds of 2021 Africa Cup of Nations (AFCON) qualifiers scheduled for March have been postponed due to the coronavirus outbreak, the Confederation of African Football (CAF) said on Friday.

Rounds three and four of the pool qualifiers were due to be played in the international window from March 25 to March 31.

But the CAF emergency committee has postponed the games until further notice, without providing alternative dates.

The Nations Cup finals in Cameroon have been moved forward to next January and February to avoid the rainy season, which means the qualifiers will have to be completed this year.

That could see a delay to the start of the African qualifiers for the 2022 World Cup which were due to start in October.

The Nations Cup qualifiers would have involved 48 countries.

Many players would have been travelling from the major European leagues in Italy, France, England, Germany, and Spain, where the coronavirus has disrupted domestic fixtures.

CAF has also postponed qualifiers for the 2020 Women’s Africa Cup of Nations scheduled for April and this month’s Women’s Under-20 World Cup preliminaries.

“We would like to assure you that CAF is monitoring the situation closely and working with the competent authorities such as WHO (World Health Organisation) on the impact of the virus in the continent and CAF competitions,” a statement said.

The African Nations Championship (CHAN), a national team competition for home-based players, is still on in Cameroon from April 4 to April 25.

But this is dependent on the findings of the CAF medical committee who will visit the country this weekend to assess preventative measures taken by the Local Organising Committee.

Morocco’s football federation has called a meeting for Monday to decide whether they will play in the tournament.

Related Topics:2021 AFCON Qualifiers Postponed Over Coronavirus
Up Next