Some media outfits on Saturday 25th April 2020, carried the response of the President of the Nigeria Labour Congress (NLC), Comrade Ayuba Wabba, mni to a question as to wether the Contributory Pension Fund could be used as palliatives as the lockdown entered the fourth week. The said question was asked during the Joint National Briefing of the Presidential Task Force on COVID-19 in Abuja on Friday 24th April 2020. The NLC President as expected, opposed using Contributory Pension Funds for palliatives. He was quoted to have said that “pension fund is not free money; it is the money that belongs to pensioners, which is in pensioners retirement savings accounts. It is structured in such a way that a pensioner continues to draw this money throughout his life. He talked about the need to protect the fund and ensure that pensioners or the workers contributing the monies would have something to rely on”. He was further quoted as haven concluded by saying that the money should not be used for COVID-19 palliatives. For taking this position and saying it out and clear, we at the Centre for Pension Rights Advocacy (CPRA) are proud of him.

The Secretary to the Government of the Federation and Chairman of the Presentational Task Force (PTF) on COVID-19, Boss Mustapha, was quoted to have assured that the federal government will not borrow from Contributory Pension Fund to provide palliatives to cushion the effect of COVID-19 lockdown in the country. He was quoted to have said: “We had looked at the issue of pension funds. As a matter of fact we even got the Minister of State of Education to do us a position paper and our conclusion is that the time is not even right for us to go there because the entire world order in terms of our economy and in terms of our health system has been disrupted by COVID-19 and the consequences nobody can imagine until the dust is settled.”

We at the Centre applaud the conclusion reached by the Presidential Task Force on the matter. This conclusion and the response of the NLC President would have been sufficient to put to rest, any further comment of the matter. However, some issues in the SGF’s response need to be addressed and that is what we intend to do here.

The SGF was quoted to have said: “As a matter of fact we even got the Minister of State of Education to do us a position paper and our conclusion is that the time is not even right for the us to go there …”. The federal government has been eyeing the Contributory Pension Funds for a long time now. First it was for infrastructural development and now for COVID-19 palliatives. The Centre along with other critical stakeholders of the fund including the NLC had made it known that they are not opposed to using pension funds for infrastructural development because pension funds are long term investable funds that are also opened for investment in infrastructure, provided that is done within a legal framework acceptable to all. Therefore we will rest the case with regard to infrastructural investment of pension fund.

What is worrisome at the moment to us at the Centre is the idea that government had even eyed the Contributory Pension Fund for COVID-19 palliatives. Unfortunately, whenever there is a slide confusion in the economy, government without first taking into consideration the principal objectives for which the fund was established; which is ensure that every person who worked in either the Public Service of the Federation, Federal Capital Territory, States and Local Governments or the Private Sector receives his retirement benefits as and when due; and assist improvident individuals by ensuring that they save in order to cater for their lively hood during old age.

That the PTF even remotely considered the use of the Contributory Pension Funds for COVID-19 palliatives to the point of getting a Minister to do a position paper for government on the matter, is a matter of great concern to some of us stakeholders of the fund. This discussion will limit itself and will therefore not go into discussing the federal government compliance with the provisions of the Pension Reform Act 2014. The Act established the Fund, and laid down rules and guidelines on how the fund should be manage, invested and pensions paid.

It is impossible for the government, to take pension fund for any purposes outside the law establishing the Fund. In the first place, almost 70% of the funds had been invested in government treasury bonds. The money is not cash. Assuming without conceding that it can be used for COVID-19 palliatives, then the government will have to first provide the cash to buy back the bonds.

In the total funds in the kitty, Federal and States Governments workers account for less than 50% of the value of the over 10 trillion Naira Contributory Pension Fund. The balance is owned by private sector workers. The composition of the Fund is the contributions of public sector workers, private sector workers and the return on investments. The fund is being used for the payment of current pensioners under the Contributory Pension Scheme (CPS) and future pension for current workers (contributors) in both the public and private sectors. The fund is in the respective Retirement Savings Accounts (RSA) of the pensioners and workers. Moreover part of the fund, has been used to purchase annuity with Life Insurance providers, for retirees who opted for Annuity as against Programme Withdrawals housed by Pension Funds Custodians and managed by PensionFunds Administrators.

We conclude by siding with the NLC President’s position that the Contributory Pension Fund can not be used for COVID-19 palliatives now or in the future. Rather the fund should be protected for the achievement of objectives for which it was established. We also want to remind all that the Federal Government lacks jurisdiction over the management of the Fund; the mandate of the government is to provide the enabling law and the regulation of the Fund.

Related Topics:Using Pension Fund For COVID-19 Palliatives
Up Next 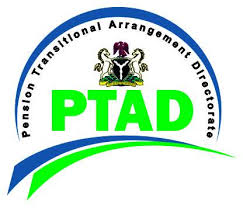