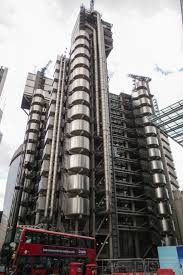 Insurance giant Lloyd’s of London is expecting to pay out billions in claims sparked by Covid-19, as the cost of the pandemic surpassed many other major disasters.

The insurance market said that it believes that up to £5 billion will be claimed on a gross basis, helping to push the company into a loss for the first half of the financial year.

The news comes four months after Lloyd’s revealed that it would pay out between three and 4.3 billion US dollars (£2.3 billion to £3.3 billion) to customers because of the pandemic’s impact.

The first half of 2020 has been an exceptionally challenging period for our people, our customers, and for economies around the world
John Neal, chief executive
But on Wednesday it revealed that payouts are likely to exceed this level, meaning the crisis will cost more than three disastrous hurricanes in 2017, which cost Lloyd’s 4.8 billion dollars (£3.7 billion) and the September 11 attacks in New York, after which Lloyd’s paid out 4.7 billion dollars (£3.6 billion).

Lloyd’s said it lost about £400 million before tax in the first six months of the year, as it took a £2.4 billion hit from the pandemic.

Excluding the pandemic, Lloyd’s would have delivered an underwriting profit of £1 billion, it said.

“The first half of 2020 has been an exceptionally challenging period for our people, our customers, and for economies around the world,” said chief executive John Neal.

“The pandemic has inflicted catastrophic societal and economic damage calling for unparalleled measures to stifle the spread of the virus, and to get businesses and economies back on their feet.

“Our half-year results demonstrate that our robust approach to performance management and remediation has begun to take effect, evidenced by a significant turnaround in the underlying performance metrics, which give the truest indication of our market’s profitability.”

Related Topics:Insurer Lloyd’s To Pay £5bn Pandemic Claims
Up Next

Olalandu said that the N60.7 billion represented 21.3 per cent growth, when compared to the 2019 financial year figure of N50.1 billion.

He attributed the growth to continuous investment in the agency’s force, increased focus on partnerships and better relationship with corporates.

The spokesman said that the firm recorded an underwriting loss of N36.3 billion in 2020 compared to N7.7 billion in 2019.

“There were significant movements in investment yields which affected the value of liabilities and assets in our life business.

“On the short and long ends of the yield curve, yields declined by about 7.7 per cent and 5.5 per cent respectively in 2020.

” The effects of these changes are reflected in the change in life and annuity funds, as well as fair value gains or losses on the income statement.

” In addition, changing client preferences mean that there has been a change in our retail product mix.

“Some of these products require higher reserving requirements which results in an increase in our liabilities, thereby reducing reported underwriting profits, ” he said.

According to him, the underwriting performance in the general business also declined due to increased claims in fire because of the civil unrest across the country and special oil lines.

According to him, the drop was due to the lower-than-expected profits in the company’s Life business as a result of higher-than-expected reserving requirements/low yields.

“However, our General Insurance and Wealth Management businesses increased their contribution to profits,” he said.

Olalandu said that the profit after tax from continuing operations declined by 12.9 per cent year-on-year to N5.0 billion in 2020 from N5.7 billion in 2019 financial year.

The company’s Managing Director, Babatunde Fajemirokun, was quoted  as saying that the pandemic caused a questionable global marketplace and led to a global economic upheaval.

Fajemirokun explained that the Nigerian economy slipped into its second recession in five years, with the business environment further impacted by incidents of civil unrest.

“Despite these unprecedented macroeconomic disruptions, AIICO grew its total assets by 52.5 per cent in the year under review.

“Over the past five years, we invested substantially in human capital and technology to significantly elevate our customer experience.

“This resulted in our gross written premiums growing 23.6 per cent year-on-year despite restrictions caused by the pandemic, ” he said.

According to the managing director, the company’s financial position remains strong, inspiring confidence in its ability to assume the risks its customers wish to transfer.

Fajemirokun said the insurer’s investors showed their commitment, as its rights issue announced in September 2020 was oversubscribed by about 26 per cent.

He noted that the capital was deployed judiciously, generating risk-adjusted returns for its shareholders and ensuring that it continues to keep its promises. She stated that the corporation paid N856m to its policyholders who suffered losses in 2019.

“NAIC, since its establishment as an agricultural risk management agency of the Federal Government, has continued to deliver on its major mandates of providing succor to farmers and comfort to financial institutions which lend to participants in the primary agricultural production sector.
“To serve its clients who are located across the country, the corporation has very experienced and dedicated staff in every state of the federation and the Federal Capital Territory, ” she said.
The management of the corporation urged agricultural investors and lending institutions to continue to partner with NAIC, stressing that the organisation is  committed to the food security agenda of the Federal Government and intervention of the Central Bank of Nigeria. 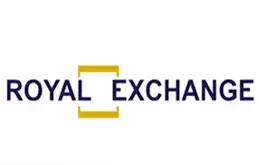 The Managing Director of Royal Exchange General Insurance Company (REGIC), Mr. Benjamin Agili has stated that his company will focus its digital transformation strategies and efforts on the retail side of the general insurance market in Nigeria.

A statement from the company quoted Agili as saying “we at Royal Exchange General see the enormous potential in the retail insurance space in Nigeria and will deploy various products, strategies and tools to ensure we can effectively operate in the retail space and be a dominant player therein.

According to him, “REGIC recently implemented a new insurance software, of which we are already seeing the impact with greater turnaround times, and as a company, we are able to respond faster to our clientele. We have been able to automate our processes, technical operations and the claims process, all in a bid to ensure we are able to respond faster to clients at all times.

He further added “Royal Exchange General Insurance Company has also developed a new e-business portal for the sale of our retail insurance products and this is currently undergoing beta-testing and user-acceptance tests before being launched to the general public. In addition, we are also developing a mobile application that will give our clients the ability to purchase products anytime, anywhere and this will be available for download from the Apple and Google stores. This gives our customers the freedom to choose. The mobile app will also come with other features that will make it relevant for everyday use”, Mr. Agili said.

“The essence of going digital for Royal Exchange General Insurance is to improve our customers experience, improve accessibility to make insurance purchases for the general public, while ensuring that we work faster and smarter as a company, the MD added. He stated further that “this digital journey for REGIC has entailed a huge financial outlay, one that we believe REGIC will benefit from in the years to come as the world goes digital. Digital is the future and we strongly believe in offering services to our clients in a digital world”.