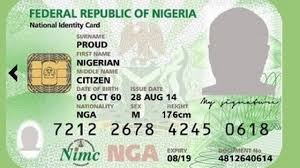 President Muhammadu Buhari has ordered that no subscriber should be blocked from telecom operators’ networks till February 9.

This is as the Federal government, Wednesday, made it official that the deadline for subscribers to have their SIMs linked to their National Identity Numbers, NINs, has shifted from January 19 to February 9.
On December 15, 2020, the Federal Government declared that after December 30, 2020, all SIMs that were not registered with valid NINs on the network of telecommunications companies would be blocked.
It later extended the December 30, 2020 deadline following widespread opposition against the earlier announcement and gave three weeks’ extension for subscribers with NIN from December 30, 2020, to January 19, 2021.
It also gave six weeks’ extension for subscribers without NIN from December 30, 2020, to February 9, 2021.
However, before the January deadline, many telephone users and organisations called for a further deadline extension or outright suspension of the NIN registration process due to the large number of people that are yet to get their NINs.
At the expiration of the January 19 deadline, Nigerians went into panic mode, following the consistent statements by the Minister of Communications and Digital Economy, Dr Ibrahim Pantami that those who didn’t meet the deadline will be blocked.
On Wednesday, the Federal Government yielded to the cry of the people by suspending the blockage of lines on January 19.
A statement by the Association of Licensed Telecommunication Operators of Nigeria ALTON, made available to Vanguard, confirmed that it is now official that nobody will be blocked from the networks till February 9.
The statement by the Chairman, Engr. Gbenga Adebayo, and Publicity Secretary, Damian Udeh, said: “ALTON can confirm to our members that we have received formal confirmation from the Nigerian Communications Commission, NCC, that President Muhammadu Buhari has graciously approved the extension of the deadline for subscribers with NIN to link it to their SIM registration data from January 19 to February 9.
They said: “We thank the President for giving us more time to deliver on this all-important assignment of creating a credible national identity database for the country.
“We are also grateful to the Minister of Communications and Digital Economy, Dr. Isa Ibrahim Ali Pantami, for his commitment to enabling digital economy.”
ALTON also used the opportunity charge all telecom subscribers who have a NIN to link it to their SIM cards through available channels as soon as possible to be able to utilise the extension period judiciously.

Biden Sworn In As 46th US President 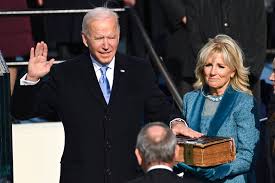 Joe Biden on Wednesday became the 46th president of the United States, vowing a “new day” for the United States after four years of tumult under Donald Trump who in an extraordinary final act snubbed the inauguration.

Two weeks to the day after Trump supporters violently rampaged at the US Capitol to overturn the election results, Biden took the oath on the same very steps alongside Kamala Harris, who was sworn in moments earlier as the first woman vice president.

Biden, putting his hand on a family Bible, repeated after Chief Justice John Roberts the presidential oath — that he will “preserve, protect and defend the Constitution of the United States.”

“It’s a new day in America,” Biden wrote on Twitter before the inauguration as, in a sign of his push for unity, he prayed alongside congressional leaders at a Roman Catholic church.

Biden, who at 78 is the oldest president in US history and only the second Catholic, took office amid enormous challenges with the still-raging Covid-19 pandemic having claimed 400,000 lives in the United States.

Central Washington took on the dystopian look of an armed camp, protected by some 25,000 National Guard troops tasked with preventing any repeat of the January 6 attack that left five dead. The Supreme Court reported a bomb threat Wednesday morning.

Harris, the daughter of Indian and Jamaican immigrants, became the highest-ranking woman in US history and the first person of color as the nation’s number two.

She and her husband Doug Emhoff — America’s first-ever “second gentleman” — were escorted to the inauguration by Eugene Goodman, a Black police officer at the Capitol who lured the mostly white mob away from the Senate chambers in a video that went viral.