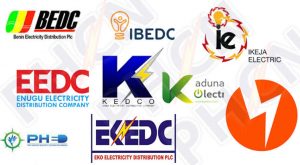 The ad hoc committee of the national economic council (NEC) says distribution companies (DisCos) owe the electricity market N230 billion as a result of inefficient collection system and under remittance.

This is contained in the committee’s report submitted to the NEC presided over by Vice-President Yemi Osinbajo in Abuja on Thursday.

The NEC had appointed Nasir el-Rufai, governor of Kaduna state, as head of the ad hoc committee that will review the ownership of the DisCos.

The report said the DisCos made underinvestment of N164 billion (67 percent) into their network between 2015 and 2018, which is below their performance agreement target.

Speaking with journalists at the end of the meeting, Abdullahi Sule, governor of Nasarrawa state, said the DisCos made N147 billion from investments on their networks by the Niger Delta Power Holding Company (NDPHC) and the Rural Electrification Agency (REA).

“Between 2015-2018, Discos under-invested relative to their performance agreement target by 164bn (67 per cent) and benefit from investments by NDPHC/REA in their networks to the tune 147bn.

“Board composition across Discos is disproportionately skewed towards private investors while states and LGAs have no representation. While on reform revitalization, the presentation stated that the EPSRA established a good framework for driving the reform, through a multi-stage competitive approach, the establishment of an independent regulator, and mechanism to protect the poor.

“Urgent measures needed to turn the sector around include recapitalization of DisCos, firm implementation of industry rules/ contracts and the insistence on sound governance principles that improve performance.”