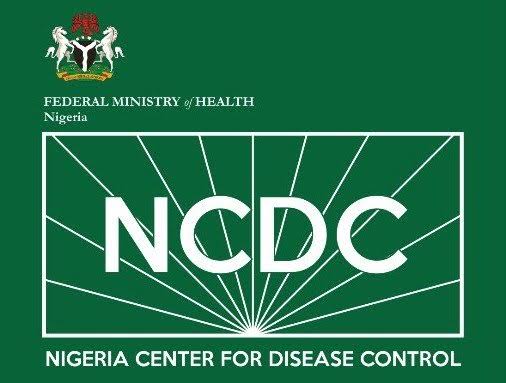 The Nigeria Centre for Disease Control (NCDC) has disclosed it has activated two more molecular diagnostic test laboratories to the existing 13 labs in its network for the testing of coronavirus (COVID-19) across the country.

The NCDC made this known on Saturday in a statement via its Twitter handle.

According to the statement: “We’re proud to announce the inclusion of two new labs to the molecular laboratory network for COVID-19 at Usman Danfodio University Teaching Hospital, Sokoto and Ahmadu Bello University, Zaria, Kaduna.

“This brings the number of labs with capacity to test for COVID-19 to 15.” 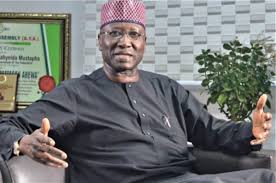 The Presidency has expressed its opposition to a bill in the House of Representatives seeking to regulate the Ecological Fund.
The Secretary to the Government of the Federation, Boss Mustapha , especially stated that the proposed law would either clash with or duplicate the existing ones.
Mustapha warned that the bill , if passed into law , would take away from powers the President presently has over the Ecological Fund Office and the funds under it .
The House Committee on Ecological Fund had on Wednesday held a public hearing on ‘A Bill for an Act to Establish the Regulation of Ecological Funds to Address Nigeria’ s Ecological Challenges , Particularly Erosion , Landslide , Desertification, Floods , Oil Spillage , Drought , Etc., and for Related Matters . ’
Mustapha , in his memorandum to the committee , which was presented by the Director , Pollution Control, OSGF , Mr Clinton Igwe, said , “ After a careful review of the document, I wish to respectfully bring to the attention of the Honourable chairman and members of the Committee on Ecological Fund, the observations of the Office of the Secretary to the Government of the Federation on the proposed bill as follows:
“ The establishment of a Governing Council in the bill is a replication of the erstwhile bogus National Council on Ecological Problems. The large number of membership makes the project selection, procurement and execution of projects cumbersome and problematic.
“ The bill as proposed will replace the emergency / interventionist posture of the Ecological Fund Office as presently constituted . This will by implication slow down the quick response in dealing with erosion problems in Nigeria .
“ Over the years, the Ecological Fund have consistently been placed under the control of the President and disbursed through the EFO under the supervision of the SGF . The proposed bill will therefore negate the nature and original design of the Ecological Fund Office .
“ The Ecological Fund as presently constituted is not subject to the process of appropriation by the National Assembly . This gives the President the much needed flexibility to effectively and timeously respond to ecological emergencies the fund is created to address.
“ If the bill is passed into law as proposed , it will impede on Mr President ’s power to use the Fund for emergencies if it has to revert to the National Assembly for appropriation and approvals. It is not always feasible to predict emergencies , hence the inability to appropriate or budget for such disasters or ecological emergencies.
“ As the EFO is presently constituted , salaries and allowances of staff are not paid from the Fund. Officers deployed to EFO are mainstream civil servants who draw their emoluments from the federal treasury . It is advisable to sustain less emphasis on recruitment of officers and payment of board members that could be a drain whittling down the impact of the fund on ecological interventions , by increasing government ’s Overhead Cost.”

The United States Embassy in Nigeria said Nigeria is not part of the countries affected by the new $15000 visa Bond policy introduced by the outgoing administration of President Donald Trump.
The US Embassy clarified that Nigeria is not included in this six months pilot programme.
The Embassy said “In response to the April 2019 Presidential Memorandum on Combating High Nonimmigrant Overstay Rates, the Department and our embassies and consulates overseas conducted an in-depth analysis to identify and address root causes of overstays.”
“Among other efforts to address this challenge, the State Department is considering additional steps to address overstays, including piloting a limited visa bonds program to test, in coordination with the Department of Homeland Security (DHS), the operational feasibility of posting, processing, and discharging visa bonds as means to ensure the timely departure from the United States of certain travelers.”
“Accordingly, the State Department will begin a limited six-month visa bond pilot program beginning on December 24, 2020. We are committed to combating visa overstays and making sure travelers to the United States respect our laws.”
“The implementation of this pilot builds on our engagement with foreign governments in recent years and will ensure continued progress to reduce overstay rates. Nigeria is not included in this six months pilot program.”
The new rule by the outgoing Trump administration will require applicants for tourist and business visas from some countries to pay a bond of up to $15,000 in addition to visa fees which currently range from $160 to $300.
The US Department of State says the requirement will be implemented on a temporary basis for a period of six months between December and June as a pilot scheme to test run the policy. The visa bond will apply to countries whose nationals had overstay rates of 10 per cent or more as of 2019. In total, 23 countries will be affected.
The seeming rationale for the visa bonds, which will range from $5,000 to $15,000, is that they will serve as a deterrent to visitors overstaying visas given the prospective penalty of forfeiting the money. But the US is also wielding the policy as an instrument of diplomacy to force other governments to become more proactive with driving down overstay rates of their nationals.
As a department of state memo says, through the policy, “the US Government sends a message to all countries that high overstay rates may result in measures that negatively affect broad categories of their nationals, thereby encouraging countries to take action to encourage their nationals to comply with US immigration law.”
Quartz reports that the move is also more likely to be seen as yet another anti-immigration policy by the Trump administration which disproportionately affects African countries.

The Federal Government said that with the proposed Finance Bill 2020, minimum wage earners will be exempted from the Personal Income Tax in order to reduce the impact of inflation on Nigerians.
The government also said that the exemption and other items in the proposed Bill, alongside various economic policies and incentives would ensure the resilience of the Nigerian economy to exogenous shocks.
The assurance was given by President Muhammadu Buhari in his speech delivered virtually by Vice President Yemi Osinbajo, on Monday at the opening session of the 26th Nigerian Economic Summit Group Conference themed: “Building Partnerships for Resilience”.
President Buhari said, “We are proposing in the new Finance Act that those who earn minimum wage should be exempted from paying income tax.
“These provisions which complement the tax breaks given to small businesses last year will not only further stimulate the economy but are also a fulfillment of promises made to take steps to help reduce the cost of transportation and the impact of inflation on ordinary Nigerians.”
Explaining the role of the private sector in building a resilient economy, President Buhari said “this government has always emphasised that the private sector has a key role to play in our efforts to build a more resilient and competitive economy as expressed in the Economic Recovery and Growth Plan.
“Private companies in design, construction, logistics, and finance are very much engaged in our infrastructural projects in power and rail as well as road and bridges and the installation of broadband infrastructure which is an essential requirement if Nigeria is to participate actively and benefit from the 4th Industrial Revolution.”
Continuing, the President added, “…it is clear that we must diversify the economy away from dependence on crude oil exports, speed up human capital development and improve on infrastructure. Above all, our economy must be made more resilient to exogenous shocks.
“It is important for the private sector to play a key role as we work together to identify national priorities and try to influence our future national trajectory.”
He gave insights into the collaboration between the CBN, the Nigerian Sovereign Wealth Investment Authority (NSIA), and other stakeholders in the creation of an Infrastructure Company (Infraco) Fund to address some of the nation’s critical infrastructure needs.
“It goes without saying that partnerships remain essential to attract the resources for building a solid national infrastructural base. I am pleased to inform you in this regard that we are working actively with the Central Bank, Nigerian Sovereign Investment Authority and State Governments under the auspices of the National Economic Council to design and put in place a N15 trillion Infraco Fund which will be independently managed.
“The Infraco Fund will help to close the national infrastructural gap and provide a firm basis for increasing national economic productivity and growth,” the President explained.
Restating the commitment of his administration to sustaining collaborations with the private sector in addressing challenges, President Buhari said “if there is one single lesson to be learnt from the COVID-19 pandemic, it is that partnerships are essential for credible responses with lasting effects.”
According to him, “Our national journey to economic prosperity is a long one, so we must all certainly work together. As we saw, partnerships were essential when we were faced with the serious challenge of combatting COVID-19.
“We saw the key role that partnerships played in our national effort to combat the COVID-19 crisis. While Federal and State Governments worked together to manage the health response and ensure the establishment of isolation centres and availability of test kits, personal protective equipment, and medicines, the private sector also played an active role as individual entities, and also worked together in groups like the Coalition Against COVID-19.”
During the speech presentation, the Vice President responded to the issue of import duties raised by some speakers at the summit. The Vice President noted that “the point of the reduction in levies on motor vehicles, commercial vehicles for transportation is to reduce the cost of transportation by reducing the cost of vehicles.”
He explained that “with subsidy removal and the increase in fuel price and the pass-through to food prices, transportation costs had to be reduced. Now the automotive policy is directed at localising the production of vehicles. So the logic was to increase the duty and levies so that local production becomes more competitive. But the annual demand for vehicles is about 720, 000 vehicles per year. Actual local production is 14,000 vehicles a year.
“So, the problem is that at the current rate of production, we will not meet the serious national needs and this will just mean higher prices of vehicles and greater strain on other sectors of the economy that depend on transportation. But we are not giving up on the local auto industry.
“Two important things to note; the first is that we still have a relatively high duty at 35%, so there is still a disincentive for importation. Second is that we are promoting policy that the government must buy only locally manufactured cars.”
The opening session of the summit featured presentations by speakers including Chairman of the Nigerian Governors Forum and Governor of Ekiti State, Mr Kayode Fayemi; Governor Aminu Bello Tambuwal of Sokoto State; Chief Executive Officer of MainOne, Ms Funke Opeke; and the Chief Executive Officer of GIG Group, Mr Chidi Ajaere; among others.