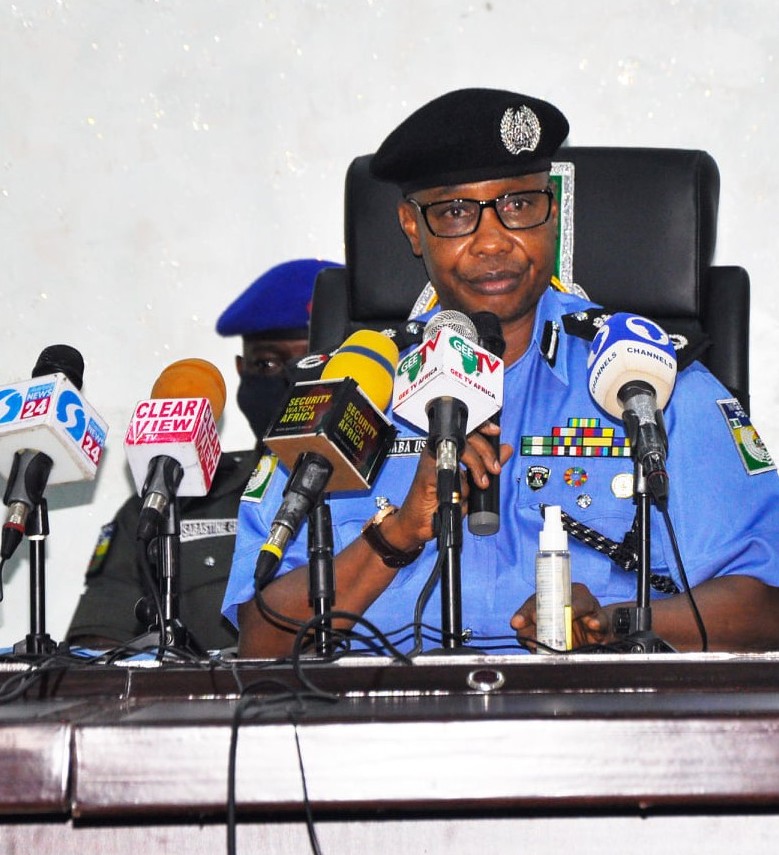 According to a statement issued on Sunday by Olumuyiwa Adejobi, force spokesman, the IGP also ordered the mobilisation of technical capabilities of the police airwing, the force marine, mounted troops, K-9 section, and other operational assets to the state.

According to him, the personnel and resources will ensure effective supervision of operations in the election.

Baba also directed that Johnson Kokumo, deputy inspector-general of police in charge of the force criminal investigation department (FCID), should be deployed as the state coordinator of the security component of the election.

“DIG Kokumo is responsible for overseeing the implementation of the operation order evolved from the election security threat assessment, to ensure a peaceful and conducive environment devoid of violence and to guarantee law abiding citizens of secured freely perform their civic responsibilities without molestation or intimidation,” the statement reads.

“The senior officers are to coordinate human and other operational deployments in the three (3) senatorial districts, sixteen (16) local government areas and the 2445 polling units in Ekiti state.

“The IGP noted that the force has carried out these necessary operational deployments as part of actions aimed at creating a conducive and enabling environment that will guarantee the peaceful and proper conduct of the election in Ekiti state.

“The IGP reassures the nation and the international community that the Force is adequately prepared for the gubernatorial election in Ekiti state which is scheduled to hold on June 18, 2022.

“He reiterates that the force will do everything within its powers to work with the Independent National Electoral Commission (INEC) and all stakeholders to protect democratic values, provide level playing field for all political actors, ensure adequate protection of voters, INEC officials, equipment, accredited observers, both domestic and international, and other key players in Ekiti state.”

Baba further called on Ekiti residents to comply with the order on restriction of movement, which will be announced by the commissioner of police.

He encouraged residents to participate in the exercise as adequate security has been put in place by the police and other security agencies to protect them before, during and after the election. 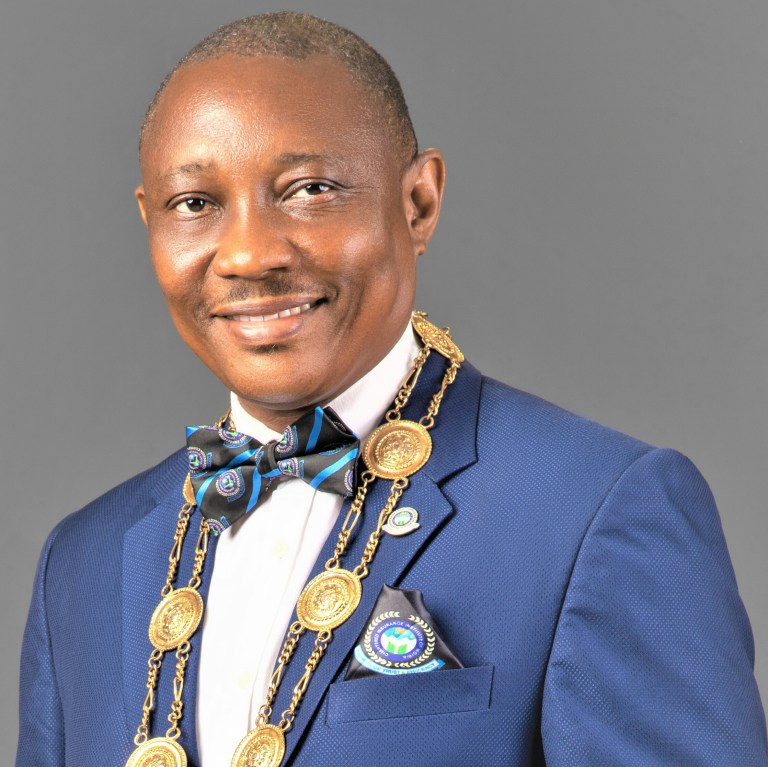 The Chairman, Insurance Industry Consultative Council (IICC), Mr. Edwin Igbiti, has asserted that the Nigerian insurance industry is one of the most resilient and fast expanding sectors in the country.

Igbiti made this assertion at the 2022 IICC Media Retreat with the theme “Media as Catalyst for Insurance Inclusion,”organized for the members of the Nigerian Association of Insurance and Pension Editors (NAIPE) at the weekend in Ijebu Ode, Ogun State.

According to him, “You will agree with me that there has been growth in the industry despite the numerous economic recessions, the effects of the COVID-19 and the #ENDSARS protests which resulted into millions of claims. The insurance industry has stood as one of the most resilient and fast expanding sectors in the nation’s economy. “

While emphasizing the importance of the IICC collaboration with members of NAIPE and the rationale behind the IICC Media Retreat, Igbiti said, “The crucial position the media plays in the economy and society at large cannot be over emphasised. Indeed, the media poses as a veritable authority for agenda setting, public education, sensitisation and awareness creation.

“It is in the light of the above, that the theme for this retreat “Media as Catalyst for Insurance Inclusion”, comes to limelight. The media is a powerful catalyst for social change and equally an effective tool for insurance inclusion that the industry desires. Hence, the need to continually carry the media along with the various initiatives and developments in the industry for good coverage and projection.

“As the industry witness expansion, we equally need you the media to keep promoting these achievements for the good of the common goal of the industry.

“We are partners and we urge you all to use your reputable platforms to consistently announce the gospel of insurance and its benefits to the public so that we can attain the desired penetration rate in Nigeria. When the industry is booming from our efforts, it will also be a common joy and gain for us all. Hence, the onus is on all of us, everyone in this room and our networks beyond it to ensure that the insurance industry attains its pride of place in the economic ecosystem.”

While commending NAIPE members for their support, the IICC Chairman who is also the President/Chairman in Council, Chartered Insurance Institute of Nigeria (CIIN) said “I like to use this opportunity to express our profound appreciation to the media for its inestimable support over the years especially, you the insurance industry Journalists who have constantly employed your expertise and in-depth knowledge about the industry to objectively report the trends and opportunities as well as enlighten the public about the values of insurance.

Speaking about the IICC Media Retreat, he said the retreat is “organised annually by the IICC to serve as a platform to engage and recognize the contributions and the key roles the media has been playing as an instrument for awareness creation and education for insurance in Nigeria. It is also a great opportunity to feel the pulse of the public through the lens of the media. It is against this backdrop that the IICC ensures its commitment to this annual gathering remains an ever-present feature in the calendar of the industry.

“This forum also serves the objective of further unifying all Arms of the Insurance Industry who have come together under one umbrella, the IICC, to ensure unity and single-mindedness in promoting the insurance industry agenda.

“It is vital to state that the IICC was formed with the purposes targeted at enhancing the profile of the industry as well as boost its significance to the nation’s economic growth.” 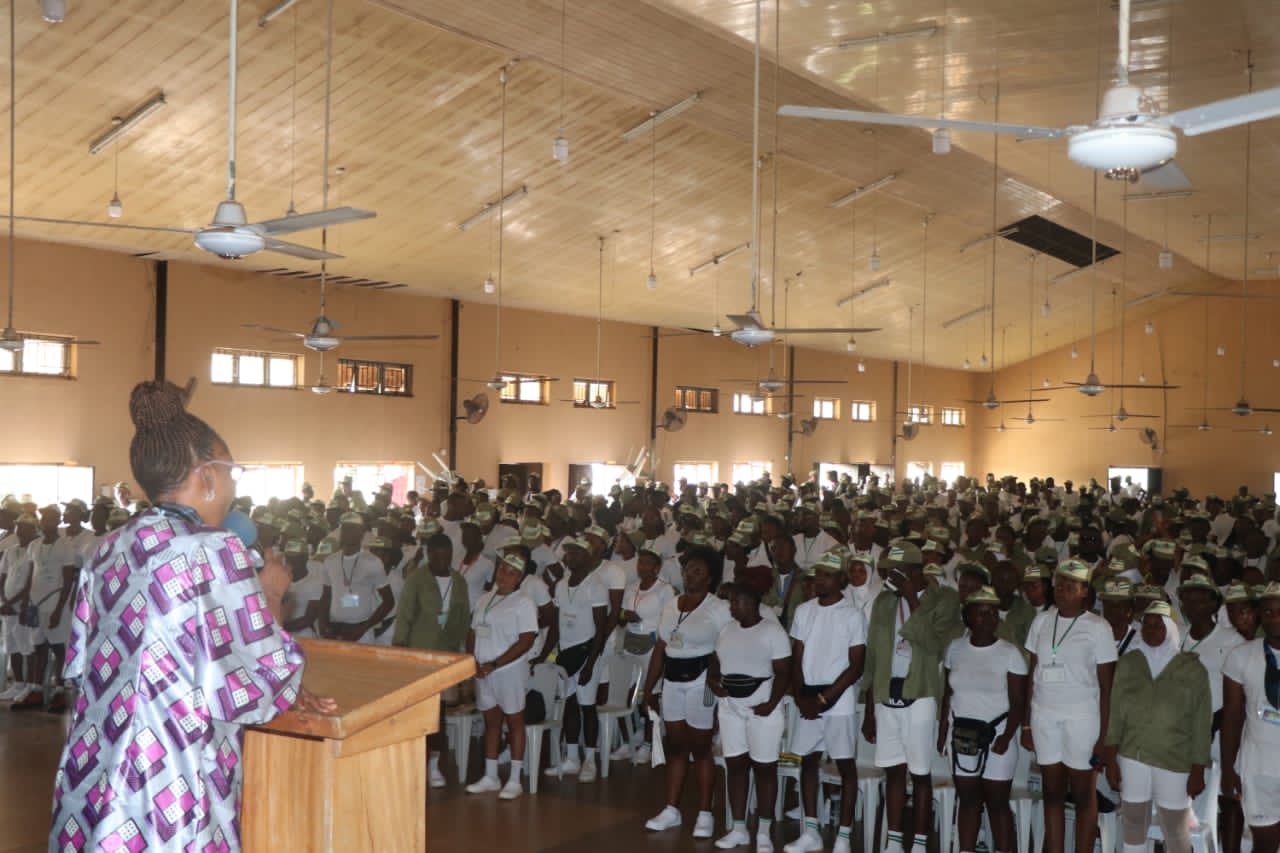 The Chartered Insurance Institute of Nigeria (CIIN) has counselled members of the National Youth Service Corps (NYSC) members to become professional members of the Institute, as part of efforts to boost insurance
awareness and attract young graduates into the insurance industry.

Speaking at the NYSC Orientation Camp in Sagamu, Ogun State, recently, the Director General of CIIN, Mrs. Abimbola Tiamiyu; enlightened the Corps members on the benefits of insurance to individuals, businesses and the economy at large.

She informed them that being a member of the Institute comes with numerous advantages for the graduates, especially those who have entrepreneur skills.

“Insurance stands as the back bone of any civil society because it repositions an individual or business to its former foundation when eventualities occur. A major instance is the #ENDSARS Protest that resulted in massive destruction; those who had one form of insurance policies or the other where able to recover from the unfortunate incident.

“The beauty of insurance is that it gives peace of mind and the industry as a whole is very lucrative and viable. There are various professional career positions you can attain by been in the insurance industry. With entrepreneurial prowess, you can be an agent who markets insurance policies and earn commissions, insurance broker, loss adjuster, underwriter; consultant and much more.

“We have different entry levels at the CIIN. The foundation level qualification is suitable for those coming into the industry to gain the essential basic knowledge of the market, key discipline and products. The Intermediate level qualification recognizes technical development achieved by those with a growing understanding of the industry.

The advanced level is the professional qualification awarded to experienced and expert market practitioners. In essence, becoming a member of the CIIN would give you an edge above others in the labour market, it makes you a professional”, Mrs. Tiamiyu explained.

While wishing the Corps members the best as their journey through life, the Director General admonished them to be loyal to Nigeria and remain exemplary ambassadors of the country wherever they go.