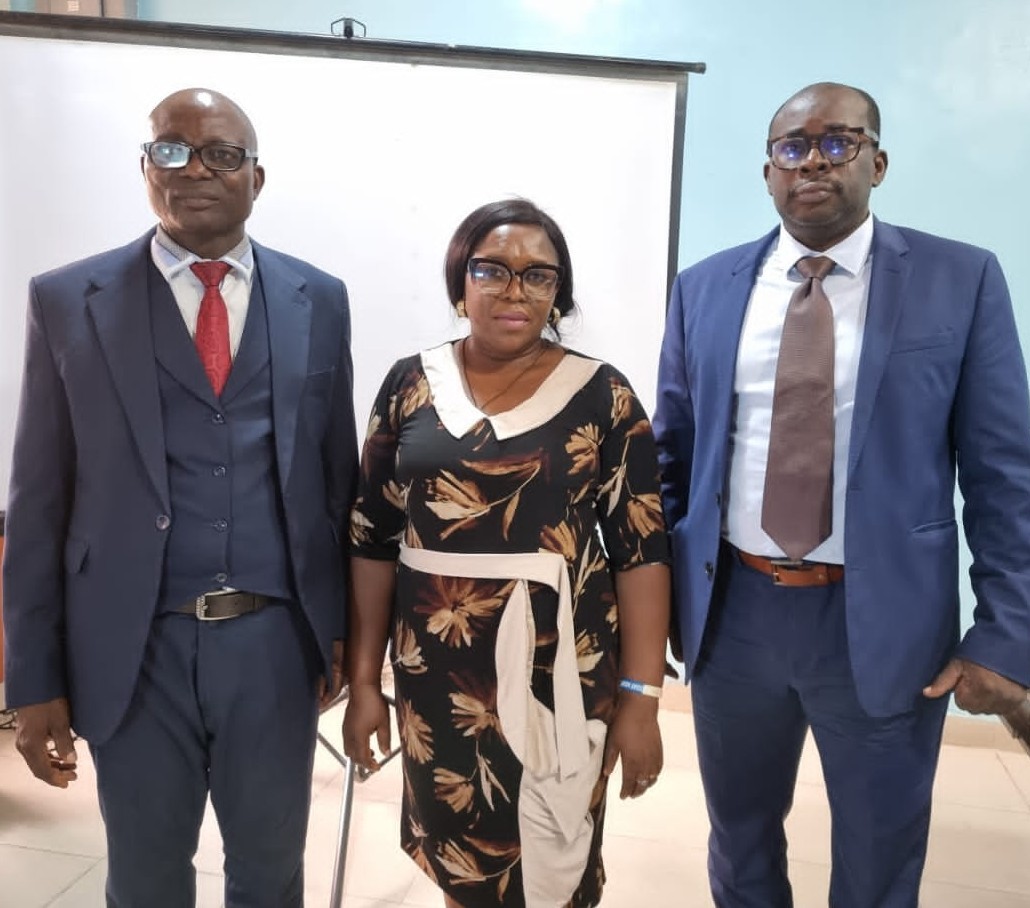 AIICO Insurance Plc is doing everything possible to deepen annuity business in order to take advantage of its inherent opportunities, the company’s managing director, Mr. Babatunde Fajemirokun, said.
Represented by the Head, Strategic Marketing and Communications, Mr. Segun Olalandu, the AIICO Insurance boss reiterated the company’s commitment to providing a robust annuity service that meets customers’ expectations, as well as drives the growth of insurance in the country.

While describing annuity business as a game changer for everybody, he assured that, the insurer is committed to a robust and effective Annuity service.

He noted that a lot still need to be done to deepen the business in
Nigeria, adding that “we are not there yet, but step by step, we will
get there.”

Fajemirokun emphasised the importance of the collaboration between AIICO
Insurance and NAIPCO, saying: “our partnership with you as journalists, especially in respect of today’s training on Annuity is an indication of our commitment to the growth of this business.”

He said AIICO has strategically repositioned the Annuity department for
effectiveness and growth.

While thanking NAIPCO members for their supports so far, he charged them to make good use of the training to enrich their knowledge on annuity, share their experiences “so that when you are reporting on the subject matter, you will be able to tell the stories accurately.”

Speaking on the theme of the training:”Understanding Annuity Business,”, Senior Manager, Business Development, AIICO Insurance, Mr. Victor Owotorose, stressed the importance and benefits of annuity to the clients and the growth of insurance industry.

Annuities, he stated, are insurance contracts that promise to pay the policyholders regular income immediately or in the future.

According to him, a deferred annuity has an accumulation phase followed by a disbursement (annuitisation) phase; while an immediate Annuity converts a lump sum into cash flows from day one.

Owotorose said, annuity can be bought with either a lump sum or a
series of payments contributed over time, adding that, annuities come
in three main varieties—fixed, variable, and indexed—each with its own
level of risk and payout potentials.

The income receive from an annuity, he said, is typically taxed at regular income tax rates which are usually lower unlike when calculated with long-term capital gains rates.

Owotorose defined annuity as a contract between “you and an insurance
company in which you make a lump-sum payment or series of payments
and, in return, receive regular disbursements, beginning either
immediately or at some point in the future. The goal of an annuity is to provide a steady stream of income, typically during retirement.

“Many aspects of an annuity can be tailored to the specific needs of
the buyer. In addition to choosing between a lump-sum payment or a
series of payments to the insurer, you can choose when you want to
annuitize your contributions—that is, start receiving payments. An
annuity that begins paying out immediately is referred to as an
immediate annuity, while one that starts at a predetermined date in
the future is called a deferred annuity.”

“The duration of the disbursements can also vary. You can choose to
receive payments for a specific period of time, such as 25 years, or
for the rest of your life. Of course, securing a lifetime of payments
can lower the amount of each check, but it helps ensure that you don’t
outlive your assets, which is one of the main selling points of
annuities.

“Annuities come in three main varieties: Fixed, variable, and indexed. Each type has its own level of risk and payout potential. For any of these, it is often structured as a deferred annuity,” he
added.

Related Topics:AIICO Strives To Deepen Annuity Business
Up Next 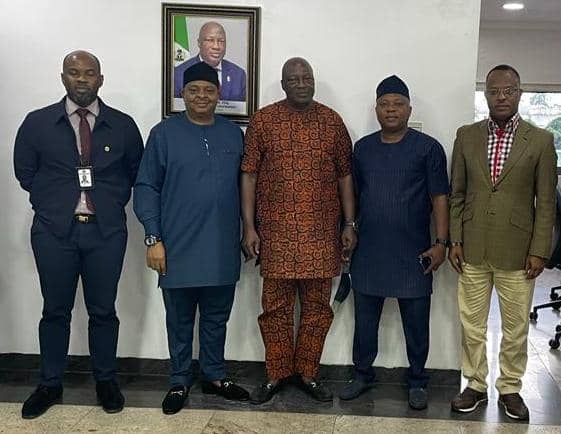 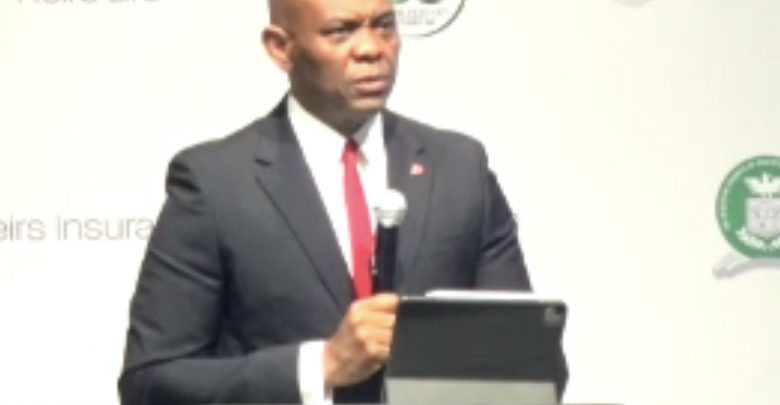 The Chairman of Heirs Holdings, Tony Elumelu, has charged the Nigerian Council Of Registered Insurance Brokers (NCRIB) to lead the war against unethical practices, such as: premium rate cutting, delayed premium remittance, unremitted premium, overloading of premium, returned premium, fake documents, that have been the bane of the nation’s insurance industry for years.

Elumelu, who gave this charge during the 60th Anniversary celebration of NCRIB in Lagos on Thursday, listed other unethical practices to include:
fraudulent claims, collusion to defraud, mis-selling, unhealthy competition, misrepresentations, manipulation of policy conditions, self-enrichment methods disguised as marketing expenses, among others.

While the National Insurance Commission (NAICOM) continues to play its role as the industry regulator, he said the NCRIB, as a body, must ensure that appropriate sanctions are imposed on any of its members found engaging in unethical practices.

He also advocated for the recapitalisation of the brokerage industry in our country, saying the minimum capital base should be increased to N50 million, noting that N5 million is not enough as capital base.

In the area of Governance, he said the industry need to enforce strict adherence to corporate governance by all NCRIB members, while weeding out non-registered and non-compliant members from its fold.

He said the non-registered brokers are the ones tarnishing the image of the broking profession and the industry at large.

Elumelu called on the insurance operators to create more awareness about insurance and showcase the value of insurance to the public, promoting participation, most especially in the retail space.

Insurance brokers, he added, need to participate fully in this drive to bridge the insurance knowledge gap if the industry is desirous to make insurance attractive to Nigerians.

As the insurance brokers have been recognised as corporate insurance specialists, he stated that “It is high time the brokers community began to shift focus to retail because this is where the future of insurance lies in Nigeria. Brokers have the capacity to lead in this area.”

While pointing out that innovation and disruptive practices cannot occur if the operators do not broaden their thinking, he said “Trying to make profits from existing lines is not going to deepen insurance penetration, rather we must look at the blue ocean opportunities.

“This is something I task the management of the insurance companies to constantly think of in product development and deployment.”

To remain relevant in the modern business arena, the insurance broker community and, by extension, the entire Nigerian insurance industry, must embrace technology fully, he further advised.

Besides, he said there is urgent need to develop the next generation of talent to serve the Nigerian insurance industry.

He emphasised that the broker community should rally and become the hub for the education and training of our youths to get qualified talent for the next phase of the industry, adding that “We need to raise the profile of our insurance professionals, make it attractive for the younger generation.” 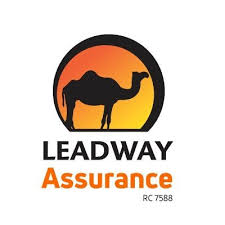 Leadway Assurance Company Limited has graduated 34 young professionals following their successful completion of the company’s 2022 Graduate Trainee Programme, and the successful trainees have been inducted into its diverse business portfolios.
The six-month programme equips young graduates with the relevant skill set required to thrive in the dynamic and ever-evolving workforce.
The training modules dealt with problem-solving, networking, technical and soft skills, workplace culture, digital proficiency for self-development, and professional capabilities preparing the trainees to serve in different departments across the diverse verticals of the business.
Speaking at the graduation ceremony recently, Managing Director of Leadway Assurance, Tunde Hassan-Odukale, stated that the Graduate Trainee programme aligns with the organisation’s corporate twin mandate of providing career opportunities and upskilling Nigeria’s growing young, vibrant and productive population. The programme also strengthens its workforce with the right talent pool for its ambitious growth objectives.
“Our people are the centre-point of our continued marketplace performance and at the core of the organisation’s value creation. So, it is pertinent that we house the best talents in the industry to drive our objectives within the frames of our values and in alignment with the company’s vision and leadership position in the African insurance marketplace.
The Leadway Graduate Trainee Programme is designed to achieve a sustained pool of the required elite skills and talents by initiating young, promising, dynamic, future-centric minds into a comprehensive upskilling process that tunes them towards actualising the mandate of advancing our esteemed ethos.
“We are optimistic that the skills, innovation, and creativity that this programme unleashes satisfy the expectations of our cultural, strategic and operational requirements. We are confident that the training and onboarding of these young professionals further validates our profile as a youth-oriented and future-forward organisation.
“I would like to congratulate and celebrate the 2022 Leadway Graduate Trainees. Their successful induction is a testament to the tenacity, hard work, and commitment deployed during the six-month rigorous tutelage”, he added.