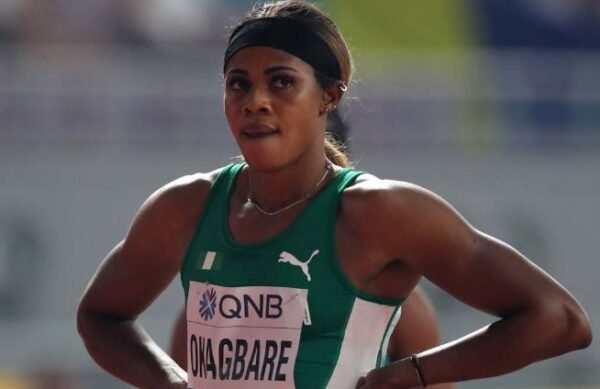 According to the statement released by AIU on Friday, the Nigerian got a five-year ban for the presence and use of multiple prohibited substances and another half-a-decade for her refusal to cooperate with the body’s investigation of her case.

The sprinter was suspended indefinitely during the Tokyo Olympics after the AIU had adjudged her to have tested positive for human growth hormone in one of the out-of-competition drug examinations she did in Slovakia on July 19.

She was thereafter slammed with three separate anti-doping charges by the body in October 2021.

In January 2022, the US department of justice had also allegedly identified Okagbare among the exhibits gathered against Eric Lira, the self-acclaimed kinesiologist and naturopathic doctor, who provided performance-enhancing drugs to athletes who participated at the Tokyo Olympics.

The 33-year-old has now been prohibited from all track and field events organised by World Athletics for the next decade.

“The Disciplinary Tribunal has banned Nigerian sprinter Blessing Okagbare for a total of 10 years, five years for the presence and use of multiple prohibited substances and five years for her refusal to co-operate with the AIU’s investigation into her case,” the statement read.

“The sole arbitrator adjudicating the case concluded that the athlete’s use of multiple prohibited substances as part of an organised doping regimen in the lead up to the Tokyo Olympic Games was egregious conduct that amounted to aggravating circumstances under the Rules thereby warranting an additional period of ineligibility on top of the standard four-year sanction.

“The sole arbitrator also recognised the AIU’s right to carry out investigations, including the imaging of electronic devices, and to impose sanctions when an athlete refuses to co-operate with an investigation and thereby frustrates the AIU’s ability to fulfil its mandate to protect the integrity of the sport of athletics.

“In this instance, the sole arbitrator concluded that the athlete’s refusal to cooperate had denied the AIU the opportunity to discover evidence of possible further rule violations by her as well possible violations of the rules by others, for which he imposed an additional sanction of five years.”

The statement added that the athlete has the right to appeal against the decision at the Court of Arbitration for Sport (CaS) within 30 days.

Related Topics:Blessing Okagbare Gets 10-year Ban For Doping
Up Next 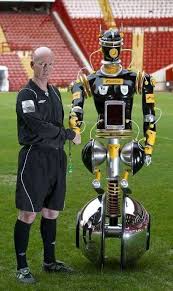 Trials of the system, which uses 10 cameras to track 29 body points of each player, took place in the Club World Cup won by Liverpool and the Arab Cup held in four of Doha’s eight World Cup stadiums.

And with all the signs that the technology does work, bringing far quicker offside calls than under the current VAR line-led system, world chiefs are due to give a positive update at Monday’s delayed annual general meeting of the law-making International FA Board.

The meeting is being held in Qatar, after the initial March date in Zurich was postponed as a result of Russia’s invasion of Ukraine.

Fifa is understood to be ready to state there are no impediments to the full introduction of the technology.

It means that England’s opener against Iran on November 21 will be only the second game in which the technology is deployed.

But a final decision will be taken by Fifa after a full analysis of the data from the trials.

He pointed out: “The referees and assistants are still responsible for the decision on the field of play.” 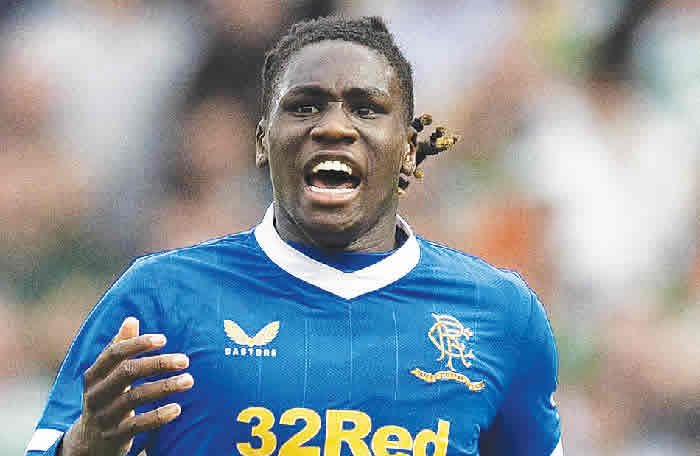 Following his impressive performance in the 2021/22 season, Glasgow Rangers defender Calvin Bassey has been linked with an exit from the Scottish giants, with Bayern Munich and Chelsea in the race for the Nigerian, PUNCH Sports Extra reports.

According to Fichajes, the two European giants are set for a fierce battle for the 22-year-old defender.

Bassey raised eyebrows with his solid performances as he helped Rangers reach the final of the Europa League, where he was named the best defender in the final, despite the Scots’ defeat to Eintracht Frankfurt on penalties.

The Nigerian has a year and a half left on his current contract, which expires in 2024, but that, according to the publication, will not stop clubs coming for the defender.

“Despite having a contract with Rangers until 2024, Calvin Bassey could make the big leap in the next transfer market,” Fichajes wrote.

“Bayern Munich, after confirming the departure of Niklas Süle, in addition to the arrival of Antonio Rüdiger at Real Madrid, the Bavarian team has been left without possible troops at the rear. For this reason, Calvin Bassey is presented as a possible candidate to reinforce the defensive plot.

“Chelsea are in the best position to sign the Nigerian defender. After the departure of Antonio Rüdiger, added to the more than possible departures of César Azpilicueta and Andreas Christensen, those from Stamford Bridge must urgently reinforce the defensive plot. Calvin Bassey, adapted to British football, would be a great addition.”

The Leicester City academy product made a total of 50 appearances for the Gers and had six assists in all competitions. 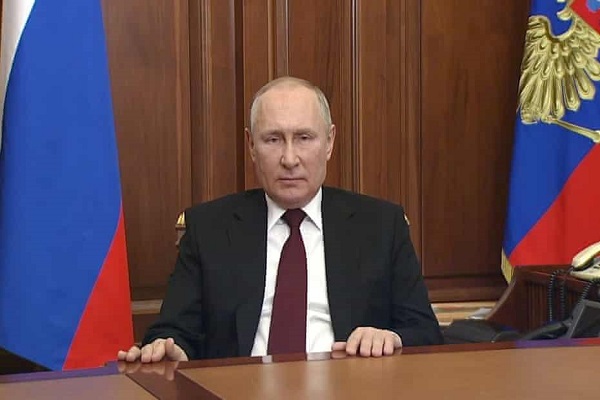 Fifa has ordered Russia to complete their upcoming matches without their flag, anthem and as the Football Union of Russia in neutral territory, following the invasion of Ukraine.

Several nations have announced that they will refuse to play Russia, including England, as well as Poland, Czech Republic and Sweden.

World Cup play-offs would see Russia face Poland then either the Czech Republic or Sweden if they win – and are due to be played in March.

Fifa said talks will take place with other sporting organisations over whether Russia should be expelled from competitions.

“Fifa would like to reiterate its condemnation of the use of force by Russia in its invasion of Ukraine,” world football’s governing body said in a statement on Sunday.

“Violence is never a solution and Fifa expresses its deepest solidarity to all people affected by what is happening in Ukraine.”

“Fifa will continue its ongoing dialogue with the International Olympic Committee, Uefa and other sport organisations to determine any additional measures or sanctions, including a potential exclusion from competitions, that shall be applied in the near future should the situation not be improving rapidly.

“Fifa’s thoughts remain with everybody affected by this shocking and worrying situation.

Earlier on Sunday the Football Association announced England will not play any international matches against Russia at any level following the invasion of Ukraine.

The FA said they “wholeheartedly condemn the atrocities being committed by the Russian leadership”.

English football’s governing body said the boycott of matches will be “for the foreseeable future”.